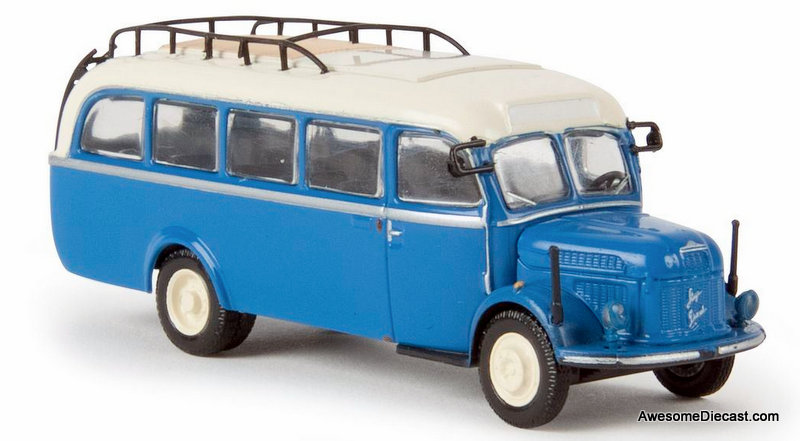 Before the Second World War, Steyr-Daimler-Puch was primarily a car manufacturer. Since after the end of the Second World War, especially the transport and agriculture were to be strengthened, but passenger cars were considered a luxury good and it was foreseeable that Steyr-Daimler-Puch would not develop into a major car manufacturer in Europe in the long term, the company's concept was born fundamentally changed. Car production was discontinued in favor of tractor and truck production in Steyr, and from then on motorcycles were built in Graz. After the end of the war there was initially no diesel engine available, so that the first post-war products with a gasoline engine from 1946 onwardshave been equipped. In the meantime, work was being carried out on the development of a modular diesel engine, which came onto the market in 1947 as a tractor engine and in 1948 as a truck engine. Thanks to the modular concept, Steyr-Daimler-Puch was able to offer a large range of models and still work with efficient mass production. The first truck in this model range was the Steyr 380 in 1948. From 1953 onwards, the mainly technically revised Steyr 380 II was its successor. From the outside, the Steyer 380 II differs from the Steyr 380 by the modified radiator grille.

Checker Taxi was a dominant taxicab company that was based in Chicago, Illinois. Checker Motors was an American car company (formerly: Markin Automobile Body). Both companies were owned by Morris...

Checker Taxi was a dominant taxicab company that was based in Chicago, Illinois. Checker Motors was an American car company (formerly: Markin Automobile Body). Both companies were owned by Morris...

Aveling and Porter was a British agricultural engine and steamroller (road roller) manufacturer. Thomas Aveling and Richard Thomas Porter entered into partnership in 1862, and developed a steam...

Iconic Replicas Limited edition of 500 Transit Bus Floaty Pen Tilt it backwards and forwards and watch the bus move up and down the road.