The 356 is a lightweight and nimble-handling, rear-engine, rear-wheel drive, two-door available both in hardtop coupé and open configurations. Engineering innovations continued during the years of manufacture, contributing to its motorsports success and popularity. Production started in 1948 at Gmünd, Austria, where approximately 50 cars were built. In 1950 the factory relocated to Zuffenhausen, Germany, and general production of the 356 continued until April 1965, well after the replacement model 911 made its autumn 1963 debut. Of the 76,000 originally produced, approximately half survive.

The 356 was created by Ferdinand "Ferry" Porsche (son of Ferdinand Porsche, founder of the German company), who founded the Austrian company with his sister, Louise. Like its cousin, the Volkswagen Beetle (which Ferdinand Porsche Sr. had designed), the 356 is a four-cylinder, air-cooled, rear-engine, rear-wheel drive car with unitized pan and body construction. The chassis was a completely new design as was the 356's body which was designed by Porsche employee Erwin Komenda, while certain mechanical components including the engine case and some suspension components were based on and initially sourced from Volkswagen. Ferry Porsche described the thinking behind the development of the 356 in an interview with the editor of Panorama, the PCA magazine, in September 1972. "...I had always driven very speedy cars. I had an Alfa Romeo, also a BMW and others. ….By the end of the war I had a Volkswagen Cabriolet with a supercharged engine and that was the basic idea. I saw that if you had enough power in a small car it is nicer to drive than if you have a big car which is also overpowered. And it is more fun. On this basic idea we started the first Porsche prototype. To make the car lighter, to have an engine with more horsepower…that was the first two seater that we built in Carinthia

The first 356 was road certified in Austia on June 8, 1948, and was entered in a race in Innsbruck where it won its class. Porsche re-engineered and refined the car with a focus on performance. Fewer and fewer parts were shared between Volkswagen and Porsche as the 1950s progressed. The early 356 automobile bodies produced at Gmünd were handcrafted in aluminum, but when production moved to Zuffenhausen, Germany in 1950, models produced there were steel-bodied. The aluminium bodied cars from that very small company are what are now referred to as "prototypes". Porsche contracted Reutter to build the steel bodies and eventually bought the Reutter company in 1963. The Reutter company retained the seat manufacturing part of the business and changed its name to "Recaro". 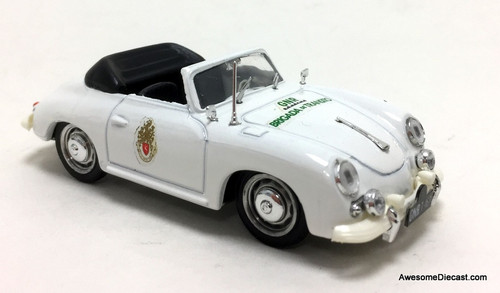