A control room or operations room is a room serving as a central space where a large physical facility or physically dispersed service can be monitored and controlled. A control room will often be part of a larger command center.

A control room's purpose is production control, and serves as a central space where a large physical facility or physically dispersed service can be monitored and controlled. Central control rooms came into general use in factories during the 1920s.

Control rooms for vital facilities are typically tightly secured and inaccessible to the general public. Multiple electronic displays and control panels are usually present, and there may also be a large wall-sized display area visible from all locations within the space. Some control rooms are themselves under continuous video surveillance and recording, for security and personnel accountability purposes. Many control rooms are manned on a "24/7/365" basis, and may have multiple people on duty at all times (such as implementation of a "two-man rule"), to ensure continuous vigilance.

When incidents happen, whether it is Mother Nature, man-made disasters or large events that require on-site command centers to deploy service officers for crowd control, a mobile command & control unit proves to be a vital tool. Technology has come a long way from make shift command centers under a tent or on top of the hood of a squad car. Mobile command & control units will also shield you from weather and give privacy for strategic planning. 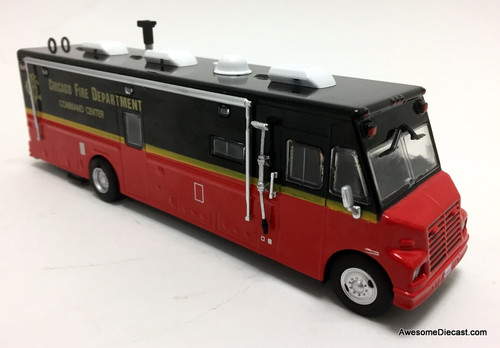