This is part of the corgi classic car series

These cars were recognisable by the characteristic Daimler wavy fluting incorporated in the chrome radiator grille and rear number plate lamp cover, their smoothness and the sound of their V8 engine. They were given distinctive exterior and luxury interior fittings. 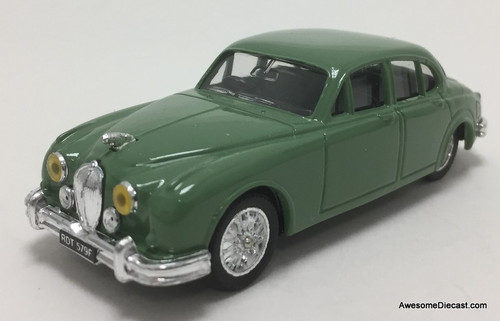