Bedford Vehicles, usually shortened to just Bedford, was a brand of vehicle manufactured by Vauxhall Motors, which was ultimately owned by General Motors (GM). Established in April 1931 and constructing commercial vehicles, Bedford Vehicles was a leading international lorry brand, with substantial export sales of light, medium, and heavy lorries throughout the world. It was General Motors Europe's most profitable venture for several years.

Bedford's core heavy trucks business was divested by GM as AWD Trucks in 1987, whilst the Bedford brand continued to be used on light commercial vehicles and car-derived vans based on Vauxhall/Opel, Isuzu and Suzuki designs. The brand was retired in 1991; subsequent GM Europe light commercials were branded as either Vauxhall or Opel, depending on the market.

A pantechnicon van, currently usually shortened to pantec, was originally a furniture removal van drawn by horses and used by the British company "The Pantechnicon" for delivering and collecting furniture which its customers wished to store. The name is a word largely of British English usage.

The word "Pantechnicon" is an invented one, formed from the Greek pan ("all") and techne ("art"). It was originally the name of a large establishment in Motcomb Street, Belgravia, London, opened around 1830. It combined a picture gallery, a furniture shop, and the sale of carriages, while its southern half was a sizable warehouse for storing furniture and other items. Seth Smith, whose family were originally from Wiltshire, was a builder in the early 19th century, and constructed much of the new housing in Belgravia, then a country area. Their clients required storage facilities and this was built on an awkward left-over triangular site with a Greek style Doric column façade, and called Pantechnicon, pseudo-Greek for "pertaining to all the arts or crafts".

Subsequently, special wagons were designed with sloping ramps to more easily load furniture, with the building name on the side. The very large, distinctive, and noticeable horse-drawn vans that were used to collect and deliver the customers' furniture came to be known as "Pantechnicon vans." From around 1900, the name was shortened to simply Pantechnicon. The Pantechnicon Ltd, a furniture storage and removal company, continued to trade until the 1970s.

The building was largely destroyed by fire in 1874, but the facade still exists and the usefulness of the vans was by then well established and they had been adopted by other firms. As of 2015 the façade and the building behind it has been leased by its owner, Grosvenor Estates, to Cubitt House, a company specializing in pubs and restaurants in the Belgravia area, and is to be redeveloped into a "food and retail emporium" over six floors, including a basement and a roof-terrace 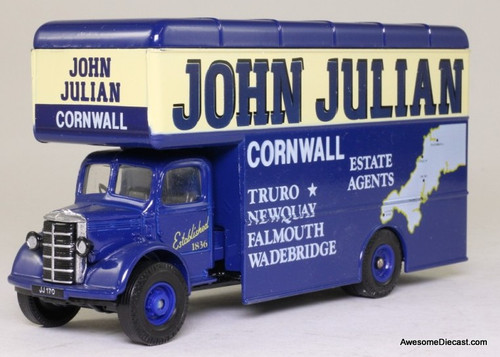