Bedford Vehicles, usually shortened to just Bedford, was a brand of vehicle manufactured by Vauxhall Motors, which was ultimately owned by General Motors (GM). Established in April 1931 and constructing commercial vehicles, Bedford Vehicles was a leading international lorry brand, with substantial export sales of light, medium, and heavy lorries throughout the world. It was General Motors Europe's most profitable venture for several years.

Bedford's core heavy trucks business was divested by GM as AWD Trucks in 1987, whilst the Bedford brand continued to be used on light commercial vehicles and car-derived vans based on Vauxhall/Opel, Isuzu and Suzuki designs. The brand was retired in 1991; subsequent GM Europe light commercials were branded as either Vauxhall or Opel, depending on the market.

The AC and LQ models were produced at Luton from 1929 to 1931, and styled as the "Chevrolet Bedford", taking the name from the county town of Bedfordshire, in which Luton is located. The AC was bodied as a light van (12 cwt), and the LQ in a wide variety of roles, including a lorry, ambulance, van and bus versions. The name "Chevrolet" was dropped, and the first Bedford was produced in April 1931. This vehicle, a 2-ton lorry, was virtually indistinguishable from its LQ Chevrolet predecessor, apart from detail styling of the radiator, and was available as the WHG with a 10 feet 11 inches (3,330 mm) wheelbase, or as the WLG with a longer wheelbase of 13 feet 1 inch (3,990 mm). However, the Chevrolet LQ and AC continued in production alongside the new product for a further year. In August 1931, a bus chassis was added to the range, and was designated WHB and WLB.

A large part of Bedford's original success in breaking into the UK and British Empire markets lay in the overhead-valve (OHV) six-cylinder Chevrolet engine, now known as Chevrolet Stove Bolt 6 – well ahead of its time, this smooth running inline six-cylinder engine formed the basis of Bedford and Vauxhall petrol engines almost until the marque ceased building trucks and buses.

In April 1932, a 30 cwt lorry was introduced, together with a 12 cwt light delivery van, designated as the WS and VYC models respectively. Bedford continued to develop its share of the light transport market, with the introduction of the 8 cwt ASYC and ASXC vans, a close derivative of the Vauxhall Light Six car. The AS series of vans continued in production until 1939.

Bedford introduced the 3 ton WT series in November 1933. Again, a short wheelbase WHT (9 feet 3 inches (2,820 mm)), or long wheelbase WLG (13 feet 1 inch (3,990 mm)) version was offered. A change in design of the WLG produced the WTL, with its cab, internal combustion engine and radiator moved forward to allow a 14 feet (4.3 m) bodylength. In 1935, the WTB bus version appeared, and the WS and VYC models were updated – the latter being redesignated BYC as it was fitted with the engine and synchromesh gearbox of the Big Six Vauxhall cars. The 5–6 cwt HC light van was introduced in 1938, based on the Vauxhall Ten car, and the WT and WS acquired a newly styled grill.

Mid -1939 saw a complete revamp of Bedfords, with only the HC van continuing in production. The new range consisted of the K (30–40 cwt), MS and ML (2–3 ton), OS and OL (3–4 ton), OS/40 and OL/40 (5 ton) series, and the OB bus. Also on offer was a new 10–12 cwt van, the JC, derived from the new J Model Vauxhall car. Many of the trucks sold by Bedford between June and September 1939 were requisitioned for military use on the outbreak of World War II; many were abandoned after the retreat from Dunkirk, rendered useless to the enemy by removing the engine oil drain plug and running the engine. Because the German armed forces in 1940 were, contrary to their popular image, desperately short of motor transport, many of these captured Bedfords were repaired and pressed into service alongside Opel Blitz (also part of GM) trucks by the German armed forces – although the Bedfords mainly filled second-line roles, including civil defence.

Production of the new range ceased, apart from a few examples made for essential civilian duties, when Bedford went onto a war footing. Production resumed in 1945

Tate & Lyle PLC is a British-headquartered, global supplier of food and beverage ingredients to industrial markets. It was originally a sugar refining business, but from the 1970s began to diversify, eventually divesting its sugar business in 2012. It specialises in turning raw materials such as corn, tapioca, and oats into ingredients that add taste, texture, and nutrients to food and beverages. It is listed on the London Stock Exchange and is a constituent of the FTSE 250 Index.

Nick Hampton became CEO on 1 April 2018, replacing Javed Ahmed, who stepped down from this role and from the board, and retired from the company

The company was formed in 1921 from a merger of two rival sugar refiners: Henry Tate & Sons and Abram Lyle & Sons.

Henry Tate established his business in 1859 in Liverpool, later expanding to Silvertown in East London.[4] He used his industrial fortune to found the Tate Institute in Silvertown in 1887 and the Tate Gallery in Pimlico, Central London in 1897. He endowed the gallery with his own collection of Pre-Raphaelite paintings.

Abram Lyle, a cooper and shipowner, acquired an interest in a sugar refinery in 1865 in Greenock and then at Plaistow Wharf, West Silvertown, London. The two companies had large factories nearby each other – Henry Tate in Silvertown and Abram Lyle at Plaistow Wharf – so prompting the merger. Prior to the merger, which occurred after they had died, the two men were bitter business rivals, although they had never met in person. In 1949, the Company introduced its "Mr Cube" brand, as part of a marketing campaign to help it fight a proposed nationalisation by the Labour government 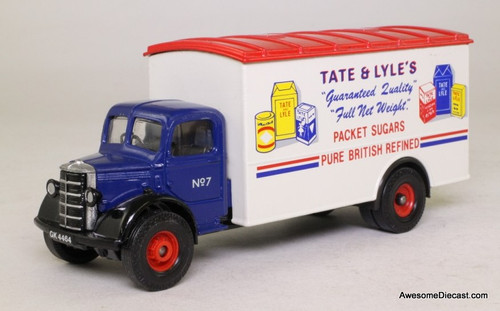