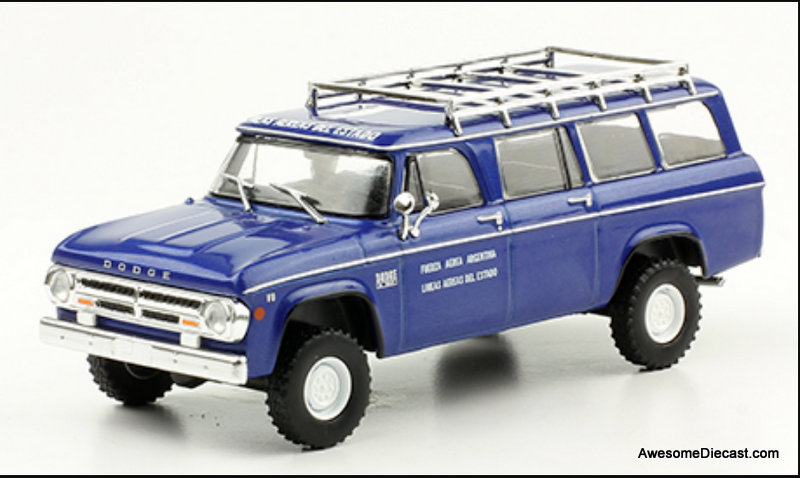 A redesign of the D series for the 1972 model year introduced a more rounded look. This redesign, which lasted until 1980 with minor changes, included new features such as an independent front suspension and pocketed taillights (the distinctive reverse-on-top lights were recessed to .25 in (6.4 mm) to avoid damage in loading docks and confined spaces). Styling cues, such as the scalloped hood and rounded fenderwells, were similar to the rounded, smooth look of the 1971 Plymouth Satellite. These trucks were built with a considerable amount of galvanized steel to resist rust and corrosion, making them very durable.

The Argentine Air Force (Spanish: Fuerza Aérea Argentina, or simply FAA) is the national aviation branch of the Armed Forces of the Argentine Republic. In 2010, it had 14,600 military personnel and 6,900 civilian personnel.

The Ford Torino King Cobra was a high performance version of the Ford Torino, produced by Ford in 1970. This muscle car was built as a special homologation model, meaning it was built to meet the...

Berliet was a French manufacturer of automobiles, buses, trucks and military vehicles among other vehicles based in Vénissieux, outside of Lyon, France. Founded in 1899, and apart from a...