The Rastrojero was a small utility pickup truck (taxis were also developed) with a capacity of half-ton designed by Raúl Gómez and built by the Argentine government-owned airplane (and vehicle) manufacturer IAME (Industrias Aeronáuticas y Mecánicas del Estado) from 1952 to 1980. It owes its name to its purpose of being driven on crop residue (rastrojos). Over 33,000 of these trucks were manufactured.

Finally, in 1968 its body got a complete redesign. The new model now looked more like a car with the aspect of a tougher vehicle. Its design featured a bodywork made entirely of steel with fully floating cab and separate cargo section for the two door models while the cab and box were built into an integrated assembly for the four doors models. However, there were also models that still had flat beds with wooden boxes and drop-sides. In addition to its aesthetics, its powertrain had been modified as well. The new model came equipped with an Indenor XD 4.88 52hp 4-cylinder diesel engine sourced from Peugeot, with a 4-speed gear box. Despite this motor change, Borgward continued to provide transmissions.

Aerochaco was an airline based in Resistencia, Chaco, Argentina. 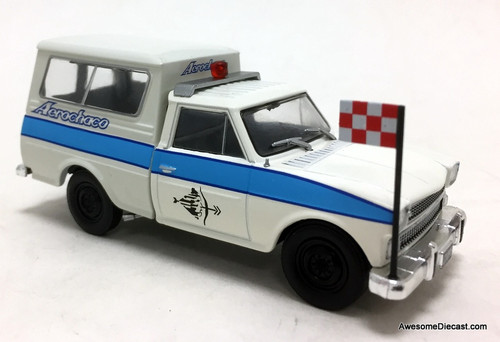