Batman Forever is a 1995 American superhero film directed by Joel Schumacher and produced by Tim Burton, based on the DC Comics character Batman. A stand-alone sequel to the 1992 film Batman Returns and the third installment of Warner Bros.'s initial Batman film series, it stars Val Kilmer replacing Michael Keaton as Bruce Wayne and Batman, alongside Tommy Lee Jones, Jim Carrey, Nicole Kidman, Chris O'Donnell, Michael Gough, and Pat Hingle. The plot focuses on Batman trying to stop Two-Face and the Riddler in their villainous scheme to extract confidential information from all the minds in Gotham City and use it to learn Batman's identity and bring the city under their control. In the process, he gains allegiance from a young, orphaned circus acrobat named Dick Grayson, who becomes his sidekick Robin, and meets and develops feelings for psychiatrist Dr. Chase Meridian, which brings him to the point to decide if he will lead a normal life or if he is destined to fight crime as Batman forever.

Batman Forever's tone is significantly different from the previous installments, becoming more family-friendly since Warner Bros. believed that Batman Returns failed to outgross its predecessor due to parent complaints about the film's violence and dark overtones. Schumacher eschewed the dark, dystopian atmosphere of Burton's films by drawing inspiration from the Batman comic books of the Dick Sprang era, as well as the 1960s television series. After Keaton chose not to reprise his role, William Baldwin and Ethan Hawke were considered as a replacement before Val Kilmer joined the cast.

The film was released on June 16, 1995. Batman Forever grossed over $336 million worldwide and became the sixth-highest-grossing film worldwide of 1995. The film received mixed reviews, with criticism directed towards the CGI, Kilmer's performance, costume designs and tonal departure from previous films, but praising the visuals and performances of Carrey and Jones. The film was followed by Batman & Robin in 1997, with Schumacher returning as the director, Chris O'Donnell returning as Robin, and George Clooney replacing Kilmer as Batman. 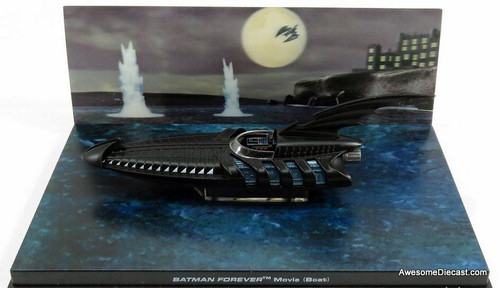