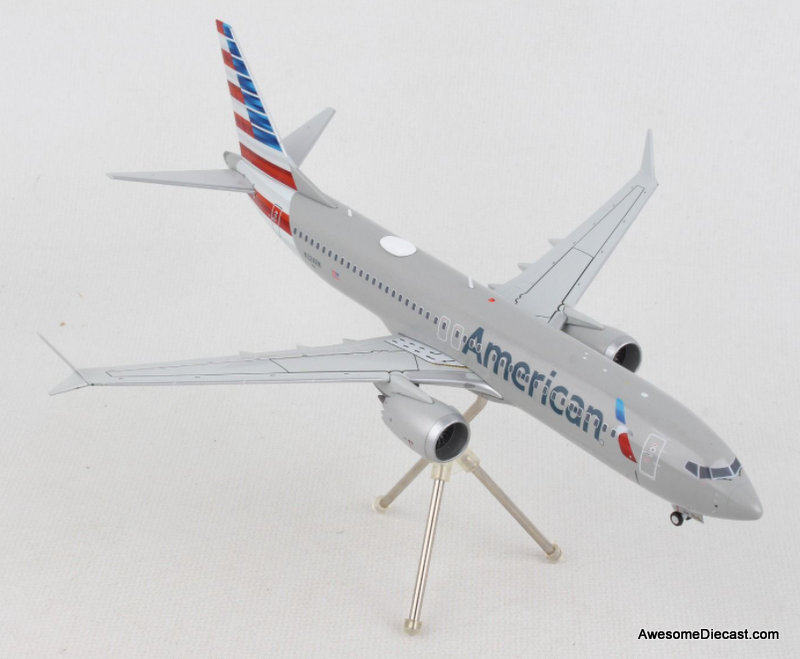 The Boeing 737 MAX is the fourth generation of the Boeing 737, a narrow-body airliner manufactured by Boeing Commercial Airplanes (BCA). It succeeds the Boeing 737 Next Generation (NG) and competes with the Airbus A320neo family. The 737 MAX is based on earlier 737 designs, with more efficient CFM International LEAP-1B engines, aerodynamic changes, including its distinctive split-tip winglets, and airframe modifications. The new series was announced on August 30, 2011. It took its maiden flight on January 29, 2016 and was certified by the U.S. Federal Aviation Administration (FAA) in March 2017. The first delivery was a MAX 8 in May 2017 to Malindo Air, with whom it commenced service on May 22, 2017.

The Boeing 737 MAX 8 completed its first flight test in La Paz, Bolivia. The 13,300-foot altitude at El Alto International Airport tested the MAX's capability to take off and land at high altitudes. Its first commercial flight was operated by Malindo Air on May 22, 2017, between Kuala Lumpur and Singapore as Flight OD803. In early 2017, a new -8 was valued at $52.85 million, rising to below $54.5 million by mid 2018.

American Airlines, Inc. (AA) is a major American airline headquartered in Fort Worth, Texas, within the Dallas–Fort Worth metroplex. It is the world's largest airline when measured by fleet size, revenue, scheduled passengers carried, scheduled passenger-kilometers flown, and number of destinations served. American, together with its regional partners, operates an extensive international and domestic network with almost 6,800 flights per day to nearly 350 destinations in more than 50 countries. American Airlines is a founding member of the Oneworld alliance, the third largest airline alliance in the world. Regional service is operated by independent and subsidiary carriers under the brand name American Eagle.

American Airlines and American Eagle operate out of 10 hubs, with Dallas/Fort Worth being its largest; handling more than 200 million passengers annually with an average of more than 500,000 passengers daily. American operates its primary maintenance base in Tulsa in addition to the maintenance locations at its hubs. As of 2019, the company employs nearly 130,000 people. Through the airline's parent company, American Airlines Group, it is publicly traded under NASDAQ: AAL with a market capitalization of about $12.7 billion as of 2019, and included in the S&P 500 index.

This model can be displayed on the stand or with the landing gear down The Boeing 737 is a narrow-body aircraft produced by Boeing Commercial Airplanes at its Renton Factory in Washington. Developed...

This model can be displayed on the stand or with the landing gear down America West Airlines was a major United States airline, founded in 1981, with service commencing in 1983, and having reached...

The Airbus A350 is a long-range, wide-body jet airliner developed by Airbus. The first A350 design proposed by Airbus in 2004, in response to the Boeing 787 Dreamliner, would have been a development...