The graphics seen represent the new Presidential 747-800 that will arrive in 2023 and include the new Air Force One livery.

The idea of designating specific military aircraft to transport the President arose in 1943, when officials of the United States Army Air Forces, the predecessor to the U.S. Air Force, became concerned about using commercial airlines for presidential travel. A C-87 Liberator Express was reconfigured for use as the first dedicated VIP-and-presidential transport aircraft and named Guess Where II, but the Secret Service rejected it because of its safety record. A C-54 Skymaster was then converted for presidential use; dubbed the Sacred Cow, it carried President Franklin D. Roosevelt to the Yalta Conference in February 1945 and was used for another two years by President Harry S. Truman.

Other Air Force Ones have included another Lockheed Constellation, Columbine III, and two Boeing 707s, introduced in the 1960s and 1970s. Since 1990, the presidential fleet has consisted of two Boeing VC-25As: highly customized Boeing 747-200B aircraft. The U.S. Air Force has ordered two Boeing 747-8s to serve as the next Air Force Ones.

On October 11, 1910, Theodore Roosevelt became the first U.S. president to fly in an aircraft, an early Wright Flyer from Kinloch Field near St. Louis, Missouri. He was no longer in office at the time, having been succeeded by William Howard Taft. The record-making occasion was a brief overflight of the crowd at a county fair but was nonetheless the beginning of presidential air travel.

Before World War II, overseas and cross-country presidential travel was rare. The lack of wireless telecommunication and available modes of transportation made long-distance travel impractical, as it took too much time and isolated the president from events in Washington, D.C. Railroads were a safer and more reliable option if the president needed to travel to distant states. By the late 1930s, with the arrival of aircraft such as the Douglas DC-3, increasing numbers of the U.S. public saw passenger air travel as a reasonable mode of transportation. All-metal aircraft, more reliable engines, and new radio aids to navigation had made commercial airline travel safer and more convenient. Life insurance companies even began to offer airline pilots insurance policies, albeit at extravagant rates, and many commercial travelers and government officials began using the airlines in preference to rail travel, especially for longer trips. 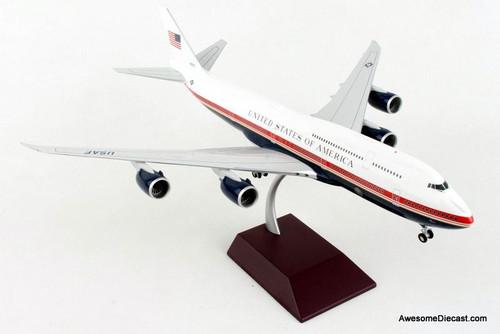