The Airbus A320neo family (neo for new engine option) is a development of the A320 family of narrow-body airliners produced by Airbus. The original family has been renamed A320ceo, for current engine option. Launched on 1 December 2010, it made its first flight on 25 September 2014 and it was introduced by Lufthansa on 25 January 2016. Re-engined with CFM International LEAP-1A or Pratt & Whitney PW1000G engines and with large sharklets, it should be 15% more fuel efficient. The A320neo family is based on the previous A319, A320 and A321. As of April 2019, Airbus has received 6,504 orders and delivered 778 aircraft.

In 2006 Airbus started the A320 Enhanced (A320E) programme as a series of improvements targeting a 4–5% efficiency gain with large winglets (2%), aerodynamic refinements (1%), weight savings and a new aircraft cabin. At the time Airbus' Sales Chief John Leahy said "Who's going to roll over a fleet to a new generation aircraft for 5% better than an A320 today? Especially if another 10% improvement might be coming in the second half of the next decade based on new engine technology".

At the February 2010 Singapore Air Show, Airbus said its decision to launch was scheduled for the July 2010 Farnborough Air Show. The decision had still not been taken by August, but the engine choice included the CFM International LEAP-1A and the Pratt & Whitney PW1000G, with 20% lower maintenance cost than current A320 engines. The new engines burn 16% less fuel, though the actual gain is slightly less as 1–2% is typically lost when installed on an existing aircraft.

The 2010 order for 40 Bombardier CS300s (now known as Airbus 220-300) and 40 options from Republic Airways Holdings – then owner of exclusive A319/320 operator Frontier Airlines – pushed Airbus into the re-engine. Airbus COO-customers John Leahy decided against ignoring the CSeries and allowing it to grow, as Boeing had previously done with Airbus, and instead aggressively competed against Bombardier Aerospace.

Introduction was then advanced to October 2015. Airbus announces a 15% fuel saving thanks to those latest-generation engines and large sharklet wingtip devices, keeping over 95% airframe commonality with the current A320. Its commonality helped to reduce delays associated with large changes. In March 2013, airlines' choices between the two engines were almost equal.

The new "Space-Flex" optional cabin configuration increases space-efficiency with a new rear galley configuration and a "Smart-Lav" modular lavatory design – allowing an in-flight change of two lavatories into one accessible toilet. The rearranged cabin allows up to 20 more passengers for the A321neo without "putting more sardines in the can" with the larger "Cabin-Flex" modified exits described below.Total fuel consumption per seat is reduced by over 20%, while the rearranged cabin allows up to nine more passengers for the A320neo.

The first Airbus A320neo rolled out of the Toulouse factory on 1 July 2014 and first flight was scheduled for September 2014.

Deutsche Lufthansa AG (or JSC) (FWB: LHA), commonly known as Lufthansa (sometimes also as Lufthansa German Airlines), is the largest German airline and, when combined with its subsidiaries, also the largest airline in Europe in terms of passengers carried. The name of the company is derived from the German word Luft "air" and Hansa, the Hanseatic League. Lufthansa is one of the five founding members of Star Alliance, the world's largest airline alliance, formed in 1997.

Besides its own services, and owning subsidiary passenger airlines Austrian Airlines, Swiss International Air Lines, Brussels Airlines, and Eurowings including Germanwings (referred to in English by Lufthansa as its Passenger Airline Group), Deutsche Lufthansa AG owns several aviation-related companies, such as Lufthansa Technik and LSG Sky Chefs, as part of the Lufthansa Group. In total, the group has over 700 aircraft, making it one of the largest airline fleets in the world.

Lufthansa's registered office and corporate headquarters are in Cologne. The main operations base, called Lufthansa Aviation Center, is at Lufthansa's primary hub at Frankfurt Airport, and its secondary hub is at Munich Airport where a secondary Flight Operations Centre is maintained 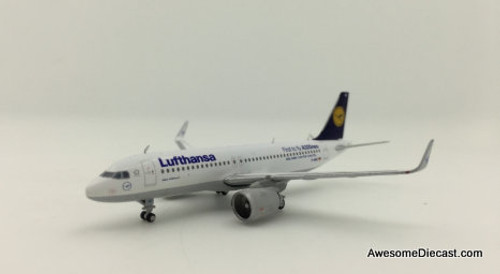