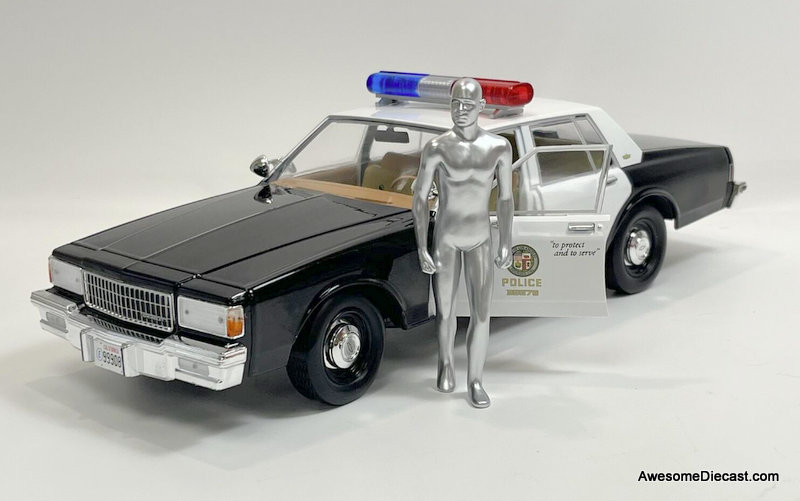 Terminator 2: Judgment Day is a 1991 American science-fiction action film directed by James Cameron, who co-wrote the script with William Wisher. Starring Arnold Schwarzenegger, Linda Hamilton, Robert Patrick, and Edward Furlong, it is the sequel to The Terminator (1984) and is the second installment in the Terminator franchise. In its plot, the malevolent artificial intelligence Skynet sends a Terminator—a highly advanced killing machine—back in time to 1995 to kill the future leader of the human resistance John Connor when he is a child. The resistance sends back a less-advanced, reprogrammed Terminator to protect Connor and ensure the future of humanity.

Authentic California metal license plate. Measures 12" 6" This is the exact license plate used on Squad 51 These are custom made and there is a 14 day production period.