The Chevrolet Corvette (C3) is a sports car that was produced from 1967 to 1982 by Chevrolet for the 1968 to 1982 model years. Engines and chassis components were mostly carried over from the previous generation, but the body and interior were new. It set new sales records with 53,807 produced for the 1979 model year. The C3 is the third generation of the Chevrolet Corvette, and marks the second time the Corvette would carry the Stingray name, though only for the 1969 - 1976 model years. This time it was a single word as opposed to Sting Ray as used for the 1963 - 1967 C2 generation. The name would then be retired until 2014 when it was re-introduced with the release of the C7.

Produced from August 1970, 1971 cars were virtually identical in appearance to the previous model inside and out. This was the final year for the fiber optics light monitoring system, the headlight washer system, and the M22 heavy duty 4-speed manual gearbox. For the first time, air conditioning was installed on most of the cars, with nearly 53 percent so ordered. Engines were detuned with reduced compression ratios to tolerate lower octane fuel. The small blocks available were the 350 cu in (5.7 L) base engine, which dropped to 270 hp (201 kW), and the high performance LT-1, now listed at 330 hp (246 kW). The LS5 454 cu in (7.4 L) motor was carried over and produced 365 hp (272 kW). Offered in ‘71 only was the LS6 454 cu in (7.4 L) big-block featuring aluminum heads and delivering 425 hp (317 kW), highest of the 1970-72 MYs, and could be ordered with an automatic transmission. The ZR1 option was carried over for LT-1 equipped cars and the ZR2 option, offered this year only, provided a similar performance equipment package for LS6 cars, and restricted transmission to a 4-speed manual. Rare options: ZR1 special engine package, ZR2 special engine package , LS6 425 hp engine (188), shoulder belts in convertibles (677).

Norman Percevel Rockwell (February 3, 1894 – November 8, 1978) was an American painter and illustrator. His works have a broad popular appeal in the United States for their reflection of American culture. Rockwell is most famous for the cover illustrations of everyday life he created for The Saturday Evening Post magazine over nearly five decades. Among the best-known of Rockwell's works are the Willie Gillis series, Rosie the Riveter, The Problem We All Live With, Saying Grace, and the Four Freedoms series. He is also noted for his 64-year relationship with the Boy Scouts of America (BSA), during which he produced covers for their publication Boys' Life, calendars, and other illustrations. These works include popular images that reflect the Scout Oath and Scout Law such as The Scoutmaster, A Scout is Reverent and A Guiding Hand, among many others.

Norman Rockwell was a prolific artist, producing more than 4,000 original works in his lifetime. Most of his surviving works are in public collections. Rockwell was also commissioned to illustrate more than 40 books, including Tom Sawyer and Huckleberry Finn as well as painting the portraits for Presidents Eisenhower, Kennedy, Johnson, and Nixon, as well as those of foreign figures, including Gamal Abdel Nasser and Jawaharlal Nehru. His portrait subjects included Judy Garland. One of his last portraits was of Colonel Sanders in 1973. His annual contributions for the Boy Scouts calendars between 1925 and 1976 (Rockwell was a 1939 recipient of the Silver Buffalo Award, the highest adult award given by the Boy Scouts of America), were only slightly overshadowed by his most popular of calendar works: the "Four Seasons" illustrations for Brown & Bigelow that were published for 17 years beginning in 1947 and reproduced in various styles and sizes since 1964. He painted six images for Coca-Cola advertising. Illustrations for booklets, catalogs, posters (particularly movie promotions), sheet music, stamps, playing cards, and murals (including "Yankee Doodle Dandy" and "God Bless the Hills", which was completed in 1936 for the Nassau Inn in Princeton, New Jersey) rounded out Rockwell's œuvre as an illustrator. 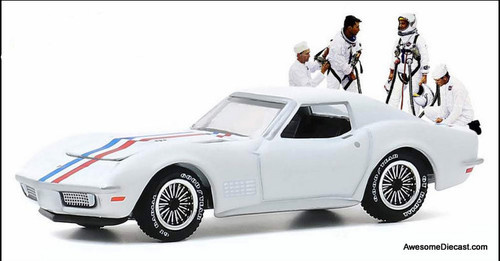