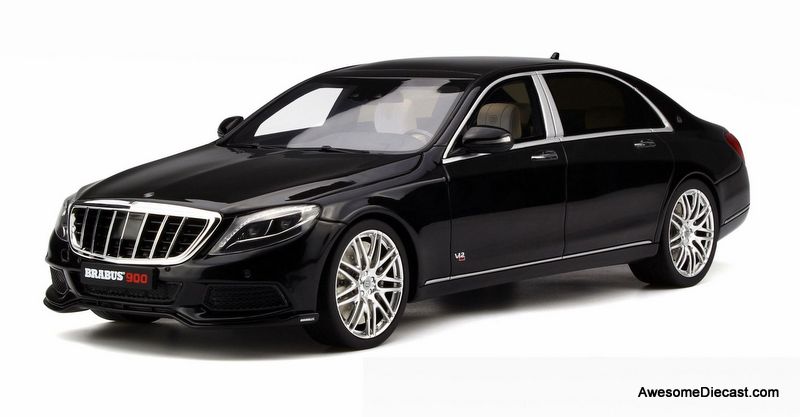 Maybach Motorenbau is a German car brand that today exists as a part of Mercedes-Benz. The company was founded in 1909 by Wilhelm Maybach and his son, originally as a subsidiary of Luftschiffbau Zeppelin GmbH, and it was known as Luftfahrzeug-Motorenbau GmbH until 1999.

In 1960, Maybach was acquired by Daimler-Benz. The name returned as a standalone ultra-luxury car brand in the late 20th century and early 21st century, sharing significant components with Mercedes-Benz cars. After slow sales, Maybach ceased to be a standalone brand by 2013, and it became (in 2015) a sub-brand of Mercedes-Benz, which is owned by Daimler AG. As of 2018, Daimler produces an ultra-luxury edition of the Mercedes-Benz S-Class under the Mercedes-Maybach name.

In November 2014, Daimler announced the revival of the Maybach as sub-brand of the Mercedes-Benz S-Class (W222), positioned as an upscale version akin to the more sporty Mercedes AMG sub-brand. In anticipation of its April 2015 launch, the flagship Mercedes-Maybach S600 was unveiled at car shows in Los Angeles, United States, and Guangzhou, China, and the production model at the 2015 Geneva Motor Show. During the facelift, the S 500 and S 550 were redesignated S 560 and the flagship was renamed S 650.

Assembled on the same Sindelfingen line used for the S-Class, the model is targeted against the Bentley Mulsanne and Rolls-Royce Phantom. At 5.453 metres (17.89 ft) long with a wheelbase of 3.365 metres (11.04 ft) (132.5 inches), it is approximately 20 centimetres (7.9 in) longer than the long-wheelbase S-Class models. The Mercedes-Maybach will be available as S500 (S550 in the US) and S600 models, with 4matic all-wheel-drive optional with the V8 engine. Acceleration is 0 to 60 miles per hour (0 to 97 km/h) in 5.0 seconds. The base car has several colour finish options and the choice between a three-seat rear bench, or two seats reclining. Options include: air-conditioned, heated and massaging seats; heated armrests; a system to pump scented, ionised air around the cabin; and a 1540 watt Burmester 3D surround sound system with 24 speakers. Maybach S500 assembly in Pune, India, began in September 2015, making India the second country to produce a Maybach.

Maybach Motorenbau is a German car brand that today exists as a part of Mercedes-Benz. The company was founded in 1909 by Wilhelm Maybach and his son, originally as a subsidiary of Luftschiffbau...

This is a highly detailed resin model The Brabus Rocket produced since 2006, is a series of modified vehicles produced by Brabus, a German high-performance vehicle company.

Maybach Motorenbau is a German car brand that today exists as a part of Mercedes-Benz. The company was founded in 1909 by Wilhelm Maybach and his son, originally as a subsidiary of Luftschiffbau...

The Bugatti Chiron is a mid-engine two-seater sports car developed and manufactured in Molsheim, France by French automobile manufacturer Bugatti Automobiles S.A.S.. The successor to the Bugatti...