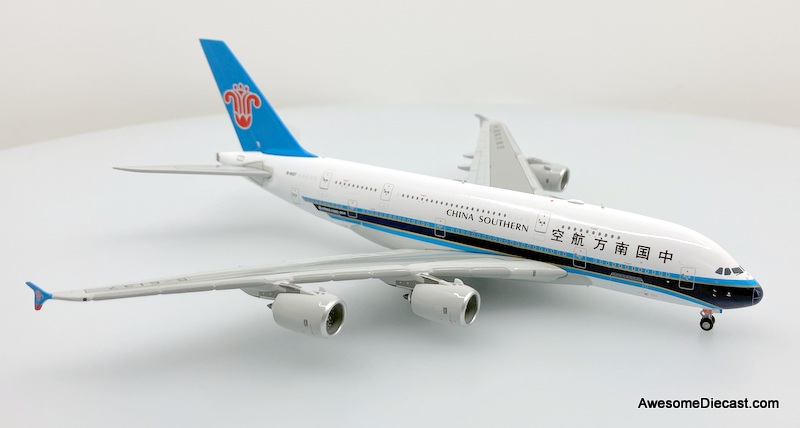 China Southern Airlines Company Limited is an airline headquartered in Baiyun District, Guangzhou, Guangdong Province and is the largest airline in China. Established on 1 July 1988 following the restructuring of the CAAC Airlines that acquired and merged a number of domestic airlines, the airline became one of China's "Big Three" airlines (alongside Air China and China Eastern Airlines), the world's sixth-largest airline measured by passengers carried and Asia's largest airline in fleet size, revenue, and passengers carried. With its main hubs at Guangzhou Baiyun International Airport and Beijing Daxing International Airport, the airline operates more than 2,000 flights to more than 200 destinations daily and was a member of SkyTeam until 1 January 2019. The airline started a frequent flyer program partnership with American Airlines in March 2019. The logo of the airline consists of a kapok flower (which is also the city flower of Guangzhou) on a blue tail fin. The company slogan is Fly into your dreams

The Airbus A380 is a large wide-body airliner that was developed and produced by Airbus. It is the world's largest passenger airliner and only full-length double-deck jet airliner. Airbus studies...

Arkia, legally incorporated as Arkia Israeli Airlines Ltd is an Israeli airline. Its head office is on the grounds of Sde Dov Airport in Tel Aviv, Israel. It is Israel's second-largest airline,...

Deutsche Lufthansa AG,commonly shortened to Lufthansa, is the flag carrier of Germany. When combined with its subsidiaries, it is the second-largest airline in Europe in terms of passengers carried...