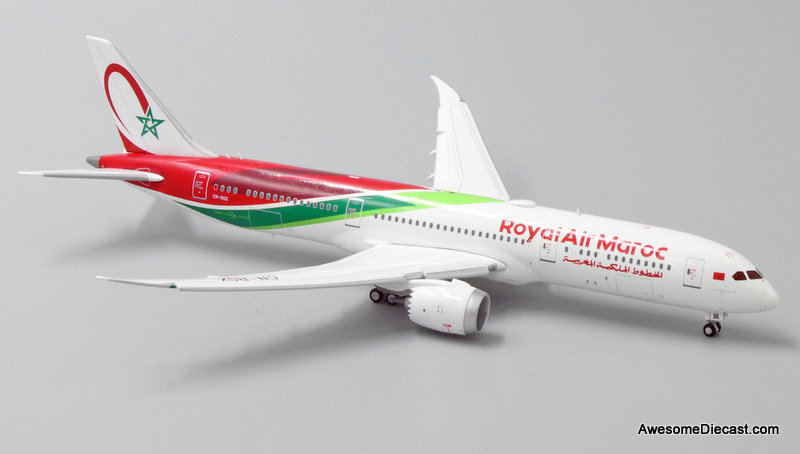 RAM is wholly owned by the Moroccan Government, and has its headquarters on the grounds of Casablanca-Anfa Airport. It joined the Oneworld alliance in 2020.

From its base at Mohammed V International Airport, the carrier operates a domestic network in Morocco, scheduled international flights to Africa, Asia, Europe, and North and South America, and occasional charter flights that include Hajj services.

As of March 2013, Royal Air Maroc (RAM) operated an all-Boeing fleet. RAM placed an order for nine Boeing 737 Next Generation in October 1996; the first of these aircraft the airline took possession of, in July 1998, was a Boeing 737-800, making the carrier the first scheduled one outside the United States to take delivery of this model. RAM received its first Boeing 737-700 in April 1999. In March 2001, RAM placed orders for 20 new Boeing 737 NGs plus two wide-bodied Boeing 767-300ERs in a deal worth about US$1.4 billion. That same year, RAM became a new Airbus customer when it bought four Airbus A321s. In January 2002, the airline took delivery of its first Boeing 767-300ER.

After the carrier's Board of Directors agreed to buy a number of Boeing 787s on 29 July 2005, a memorandum of understanding for the acquisition of these aircraft was signed with Boeing on 31 Jul the same year. The deal, worth US$650 million and including five Dreamliners, was confirmed in early November that year, with initial delivery slated for October 2008. The purchase contract was signed in December 2005, and also included an aircraft of the type on option. Following an over-US$100 million-worth contract that was signed in February 2006, these aircraft will be powered with General Electric GEnx engines. Boeing delivered RAM's first Dreamliner in December 2014.

RAM was the launch customer for the ATR 72-600, when it took delivery of two of these aircraft, on behalf of its regional subsidiary RAM Express, in August 2011. The carrier had placed an order for four aircraft of the type in March 2009, along with two ATR 42-600s.

This model can be displayed on the stand or with the landing gear down The Boeing 747-400 is a wide-body airliner produced by Boeing Commercial Airplanes, an advanced variant of the initial Boeing...

The Lockheed L-1649 Starliner was the last model of the Lockheed Constellation line of airliners. Powered by four Wright R-3350 TurboCompound engines, it was built at Lockheed's Burbank, California...