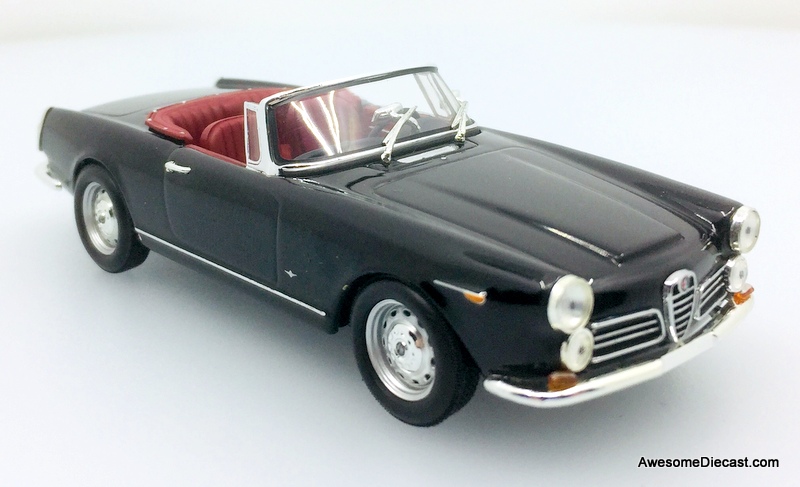 The Alfa Romeo 2600 (Tipo 106) was Alfa Romeo´s six-cylinder flagship produced from 1962 to 1968. It was the successor to the Alfa Romeo 2000. It has become historically significant as the last Alfa Romeo to have been fitted with an inline six-cylinder engine with twin overhead camshafts. That had been the traditional Alfa Romeo engine configuration since the 1920s, but gave way to four-cylinder engines as the factory oriented its production towards more economical mass-produced car models starting in 1950.

The 2600 was introduced at the 1962 Geneva Motor Show, as a sedan with a factory-built body (2600 Berlina), a two-plus-two seater convertible with body by Carrozzeria Touring (2600 Spider), and a coupe with a body by Bertone (2600 Sprint). A convertible based on the Sprint coupe was shown by Bertone in 1963. It was also named 2600 Sprint, but did not enter production. The limited edition 2600 SZ (Sprint Zagato) with fastback coupe bodywork by Zagato, and the very limited-edition 2600 De Luxe with five-window sedan bodywork by OSI (Officine Stampaggi Industriali) were introduced three years later in 1965 at the Frankfurt Motor Show.

This rare hard to find set is part of a collection from an estate sale The models which are approx 5" long are as new but the box is showing signs of slight shelf wear 1950 Jaguar XK120 1954...