The Dodge Challenger is the name of three different generations of automobiles (two of those being pony cars) produced by American automobile manufacturer Dodge. However, the first use of the Challenger name by Dodge was in 1959 for marketing a "value version" of the full-sized Coronet Silver Challenger.

The second generation, from model years 1978 to 1983, was a badge engineered Mitsubishi Galant Lambda, a coupe version of an economical compact car.

Minor changes were made for the 2018 model year. For SXT and R/T models equipped with the 3.6-liter V6 and 5.7-liter V8, a new Performance Handling Group package is available. This package adds 4-piston black Brembo brakes (a $500 option for red brake calipers is optional) in the front along with a Bilstein performance suspension, 20x9 inch wheels with 245/45ZR20 performance tires, and upgraded steering. The Challenger GT gains a new 19-inch wheel option while SXT Plus and R/T Plus trims equipped with the Super Track package come with Nappa leather and microsuede sport seats. The SXT, R/T, R/T Shaker, and T/A models receive a standard 7.0-inch Uconnect touchscreen. A backup camera is now standard. For exterior colors, new additions include F8 Green, IndiGO Blue, B5 Blue and Plum Crazy. 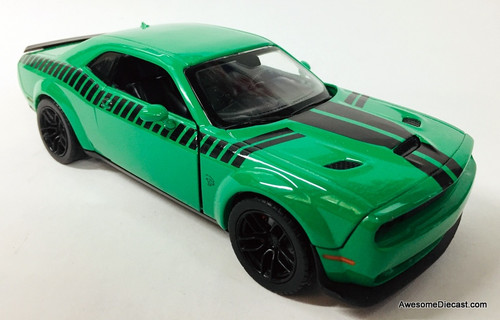