The Nine Hours of Kyalami is an endurance sports car race contested at Kyalami, Midrand, South Africa. The first races were held from 1958 to 1960 at a circuit at the Grand Central Airport near Midrand before moving to Kyalami in 1961. The event was a mainstay until the late 1980s, including hosting three rounds of the World Sportscar Championship, however was only held three times between 1989 and 2018. The event will be revived in 2019 as part of the Intercontinental GT Challenge.

On 27 July 2018, circuit officials announced the nine-hour distance event would return to the calendar starting in 2019 as part of a revamped Intercontinental GT Challenge series from the Stéphane Ratel Organisation. The event will be the final event of a global series of GT3-focused events alongside the Bathurst 12 Hour, California 8 Hours, Spa 24 Hours and Suzuka 10 Hours. The race was originally scheduled for 3 November, but moved to 23 November to avoid a date clash with the 2019 Rugby World Cup. 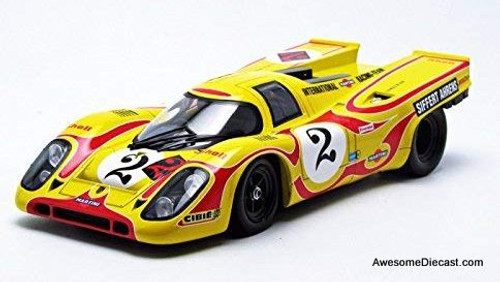