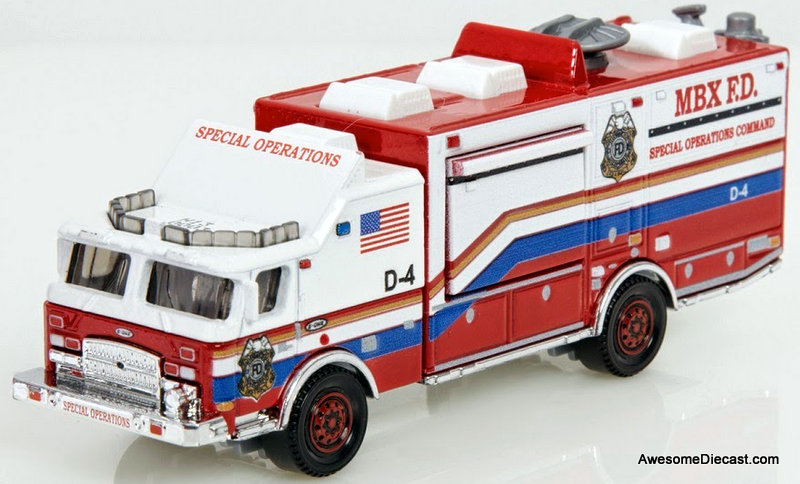 E-One is an emergency services manufacturer and marketer based in Ocala, Florida.

Founded in 1974 as Emergency-One, E-One has a staff of roughly 900 in four plants in the United States. In 1992, the company purchased Canadian fire apparatus builder Superior Emergency Equipment and in 1998 bought Saulsbury Fire Equipment of Preble, New York. E-One has sold more than 25,000 vehicles worldwide.

Customers include some of the largest cities in the US, including the fire departments in Boston, Chicago and New York City.

A control room or operations room is a room serving as a central space where a large physical facility or physically dispersed service can be monitored and controlled. A control room will often be part of a larger command center.

A control room's purpose is production control, and serves as a central space where a large physical facility or physically dispersed service can be monitored and controlled. Central control rooms came into general use in factories during the 1920s.

Control rooms for vital facilities are typically tightly secured and inaccessible to the general public. Multiple electronic displays and control panels are usually present, and there may also be a large wall-sized display area visible from all locations within the space. Some control rooms are themselves under continuous video surveillance and recording, for security and personnel accountability purposes. Many control rooms are manned on a "24/7/365" basis, and may have multiple people on duty at all times (such as implementation of a "two-man rule"), to ensure continuous vigilance.

When incidents happen, whether it is Mother Nature, man-made disasters or large events that require on-site command centers to deploy service officers for crowd control, a mobile command & control unit proves to be a vital tool. Technology has come a long way from make shift command centers under a tent or on top of the hood of a squad car. Mobile command & control units will also shield you from weather and give privacy for strategic planning.

This model was produced in 2008

This is a special edition 50th anniversary model which was produced in 2001 It comes on a display stand Seagrave Fire Apparatus LLC is the longest running fire apparatus manufacturer in America...

This model has moving parts Pierce Manufacturing is an American, Appleton, Wisconsin-based manufacturer of custom fire and rescue apparatus and a wholly owned subsidiary of Oshkosh Corporation...