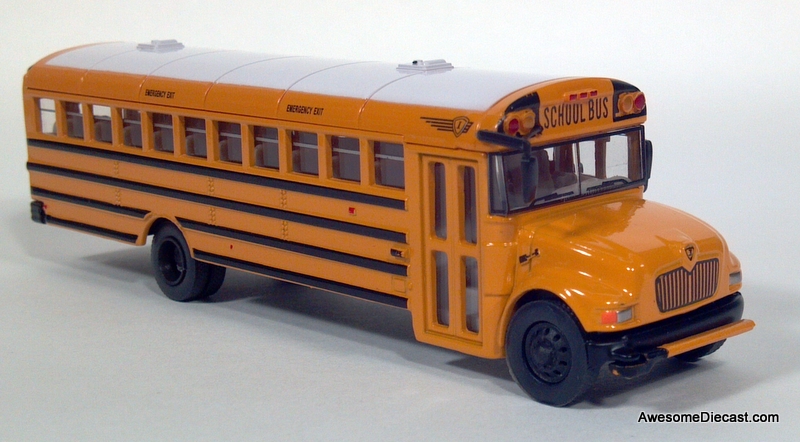 IC Bus (originally IC Corporation) is an American bus manufacturer. Headquartered in Lisle, Illinois, IC is a wholly owned subsidiary of Navistar International with its manufacturing base in Tulsa, Oklahoma. Established in 2002 by Navistar through the reorganization of subsidiary manufacturer American Transportation Corporation (AmTran), IC currently produces school buses and commercial-use buses for multiple applications.

The IC company name stands for Integrated Coach, alluding to how the vehicles are nearly completely assembled under a single corporate structure. For all vehicles, the body and chassis are assembled within the same manufacturing facility; the latter is designed by parent company Navistar (prior to 2015, Navistar included the engine). While using a chassis and hood shared with International-brand trucks, IC Bus vehicles have separate badging.

IC vehicles are produced at the facility opened by AmTran in Tulsa, Oklahoma in 1999 with a secondary facility in Conway, Arkansas; the latter ended bus assembly in 2010.

Through its predecessor company AmTran, IC traces its roots to 1933, founded as Ward Body Works in Conway, Arkansas. Navistar predecessor International Harvester commenced chassis production 11 years earlier, entering production in 1922. Following the exit of several manufacturing firms from school bus production over the previous decade, IC would be the first newly established manufacturer in the 2000s.

In 2000, the IC name came into use for the first time, as AmTran introduced an updated version of its conventional-style bus body. While still based upon the International 3800 and sharing much of the body with its AmTran Volunteer/CS predecessor, the new bus introduced a redesigned drivers compartment and enlarged windshield. Named the International IC (IC standing for Integrated Coach/Chassis), the new bus emphasized how the entire vehicle was produced under the corporate entity of Navistar (who had purchased AmTran outright in 1995). To distinguish the International IC from other buses sharing the 3800 chassis, the hood of the IC was given its own grille and badging (marking the first visual update to International medium-duty trucks since 1989).

The mirrors for this ABS plastic bus are in the box

All diecast metal Limited edition of 504