Aral is a brand of automobile fuels and petrol stations, present in Germany and Luxembourg, but formerly used in most countries of Western and Central Europe. The company behind the brand name, Aral AG (previously Veba Öl AG), is owned by BP, but was established in 1898 as Westdeutsche Benzol-Verkaufs-Vereinigung GmbH (West German Benzene Marketing Corporation). The Aral brand was introduced in 1924 and is a portmanteau of the German words "Aromaten" and "Aliphaten", alluding to the aromatic and aliphatic components found in gasoline, respectively.

On 15 July 2001 Deutsche BP AG agreed to acquire 51% of Veba Öl AG. The acquisition was completed on 1 February 2002. The Aral brand name was retained, and 650 BP stations in Germany were rebranded Aral. Six BP branded filling stations remained in operation in Germany to protect the company's rights to the name. Elsewhere, in Poland and Austria, Aral stations became BP ones. Aral changes in other countries were sold. Aral's slogan is "Alles super". 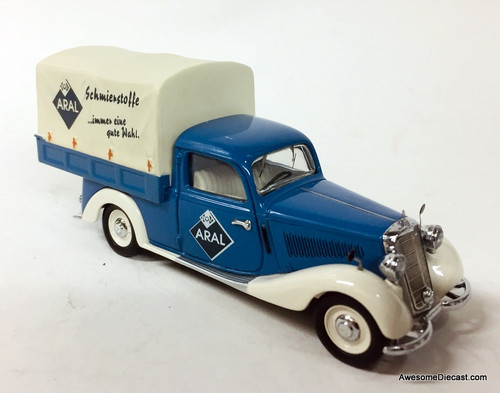