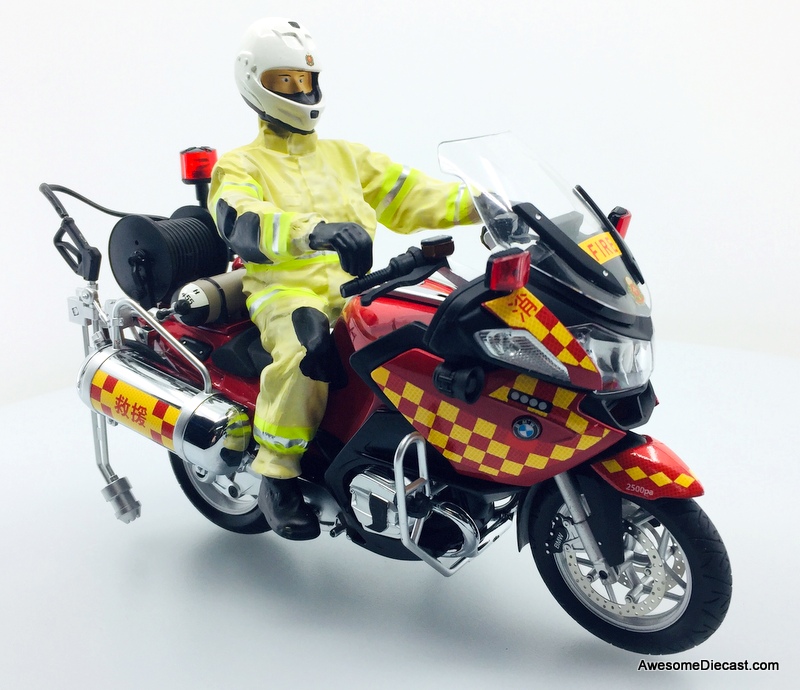 The Hong Kong Fire Services Department is an emergency service responsible for firefighting and rescue on land and sea. It also provides an emergency ambulance service for the sick and the injured and gives fire protection advice to the public. It is under the Secretary for Security who heads the Security Bureau.

The history of the Hong Kong Fire Service began in the Government Gazette dated 9 May 1868. Charles May became the first Superintendent of the Fire Brigade. At the time, the Fire Department was part of the Hong Kong Police Force in 1846. It had a total strength of 62 with a supplement of 100 Chinese volunteers. The fire department expanded to 140 members during the 1920s.

During the Japanese Occupation during the World War II, the Service disbanded. The two fire engines were exported to Tokyo to become part of the Imperial Palace Fire Unit. It was only returned after the War.

In 1953, this policy was changed and all Medical Corps vehicles and crew were transferred to the Fire Service. Thus, leading to the creation to the present Ambulance Command. Over the past 50 years it has grown to accommodate 30 ambulance depots, 240 ambulances, 35 motorcycles and 2,350 uniformed staff.

MAN Truck & Bus SE (formerly MAN Nutzfahrzeuge AG, pronounced) is the largest subsidiary of the MAN SE corporation, and one of the leading international providers of commercial vehicles...

The Rosenbauer Group is one of the world’s three largest manufacturers of fire-service vehicles and firefighting equipment, based in Leonding, Austria. Rosenbauer supplies the fire fighting...