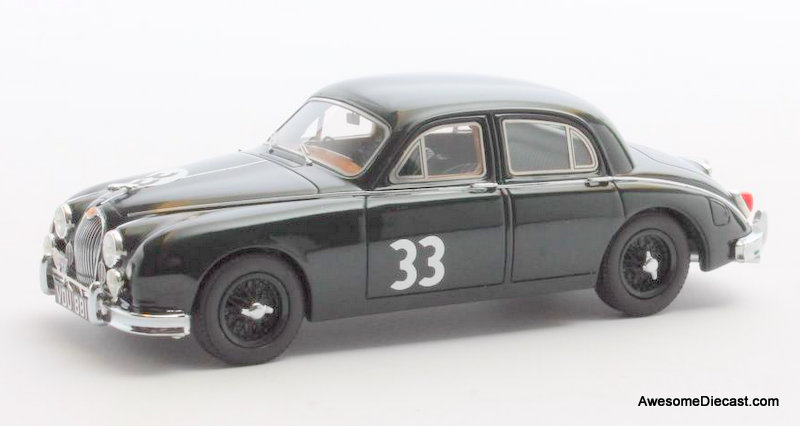 Silverstone declares itself the home of British racing and with a history stretching back to 1948, there is some justification to the claim. Always one of the fastest circuits, Silverstone has developed from its windswept airfield origins into one of the most recognised in world motorsport.

Home to the British Grand Prix on two and four wheels, today the circuit boasts its own interactive museum, the Silverstone Experience, as well as thriving business parks, home to motorsport businesses including the Aston Martin Formula One Team.

Outside of the Grands Prix, each year the track plays host to a wide variety of national racing and an extremely popular historic meeting, the Silverstone Classic.

Diecast metal with plastic parts This is part of the corgi classic car series   The Jaguar Mark 2 is a medium-sized saloon car built from late 1959 to 1967 by Jaguar in Coventry, England. The...

This is a limited edition model with only 143 pieces produced world wide Throughout automotive history, there have been a number of machines that so perfectly suited their purpose that they came to...

The Mercedes-AMG F1 W11 EQ Performance is a Formula One racing car designed and constructed by the Mercedes-AMG Petronas F1 Team under the direction of James Allison, John Owen, Mike Elliott,...

The Boeing KC-135 Stratotanker is an American military aerial refueling aircraft that was developed from the Boeing 367-80 prototype, alongside the Boeing 707 airliner. It is the predominant variant...