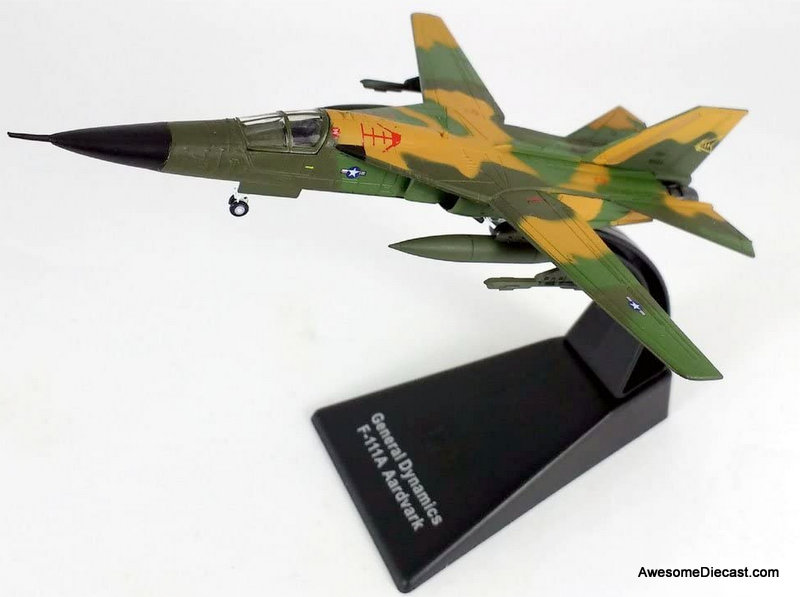 The F-111 pioneered several technologies for production aircraft, including variable-sweep wings, afterburning turbofan engines, and automated terrain-following radar for low-level, high-speed flight. Its design influenced later variable-sweep wing aircraft, and some of its advanced features have since become commonplace. The F-111 suffered a variety of problems during initial development.

A fighter variant, the F-111B, was not accepted for production. The F-111B was intended to perform aircraft carrier-based roles with the US Navy, including long-range interception.

USAF F-111s were retired during the 1990s with the F-111Fs in 1996 and EF-111s in 1998. The F-111 was replaced in USAF service by the F-15E Strike Eagle for medium-range precision strike missions, while the supersonic bomber role has been assumed by the B-1B Lancer. The RAAF continued to operate the type until December 2010, when the last F-111C was retired.

The name Aardvark was derived from perceived similarities of the aircraft to the animal of the same name: a long nose and low-level, terrain-following capabilities. The word aardvark originated in the Afrikaans language, as a contraction of "earth-pig", and this was the source of the F-111's nickname of "Pig", during its Australian service.

This car debuted at the 1967 NHRA Spring Nationals in Bristol, Tennessee, and changed Gassers forever. It was at corporate Ford’s insistence that Ohio George race what Ford sold. This car...

The mirrors for this truck are in the box