The Bedford CA was a distinctive pug-nosed light commercial vehicle produced between 1952 and 1969 by Bedford in Luton, United Kingdom.

It was manufactured in short-wheelbase and long-wheelbase forms, each form available in either a 10–12 cwt or a 15 cwt version. Generally it was supplied as a light delivery van with sliding doors, but it was also available as a chassis with cowl upon which specialist bodywork could be added. The Bedford Dormobile was a Campervan conversion based on the Bedford CA van.

In its day, the vehicle was ubiquitous; the Ford Transit of its time. These vehicles are now rare.

The CA was also exported to Canada and sold as the Envoy CA, as part of the Envoy brand line-up.

The vehicle was powered by an inline four cylinder petrol engineof 1508cc at first with pushrod operated overhead valves and a three-main bearing crankshaft. The fuel pump, oil pump and distributor were driven directly off the camshaft. A Zenith 34VN downdraught carburetter was fitted. The engine was available in either a low compression or a (less frequently specified) high compression version. Later models also benefitted from the slightly larger 1,594 cubic centimetres (97.3 cu in) engine, as fitted in the Vauxhall Victor FB post 1964. A 1622 cc (99 cu.in) Perkins diesel engine was also available, as was the Perkins 1760 cc (108 cu.in) diesel engine.

The engine extended back into the vehicle's passenger compartment, and was covered by a removable cowling. The vehicle thus had a very short bonnet, giving it its distinctive look. This configuration meant that the driver and passenger were travelling with their feet alongside the engine, but allowed a good proportion of the vehicle's overall length to be used for its payload. Access to the engine for routine checks was via the tiny bonnet flap, or through the interior cowl. For major overhaul of the engine, the front panel containing the headlights and grille, and the chassis front crossmember had to be completely removed. A popular aftermarket conversion of the time was the use of the Perkins 4/99 diesel engine. This was low on power (40 bhp) but was capable of superior fuel economy.

AA plc (The AA, originally The Automobile Association) is a British motoring association founded in 1905, which currently provides car insurance, driving lessons, breakdown cover, loans, motoring advice, road maps and other services. The association demutualised in 1999, to become a private limited company, and in 2002, the AA Motoring Trust was created to continue its public interest and road safety activities. It is listed on the London Stock Exchange.

The Automobile Association was founded in 1905, to help motorists avoid police speed traps, in response to the Motor Car Act 1903 which introduced new penalties for breaking the speed limit, for reckless driving with fines, endorsements and the possibility of jail for speeding and other driving offences.

The act also required drivers to hold a driving licence (which was obtained without a test on payment of five shillings) and to display a registration plate on their vehicle.

By 1906, the AA had erected thousands of roadside danger and warning signs, and managed road signage until responsibility was passed to local authorities in the early 1930s. By 1926, the organisation had installed 6,500 direction signs, and 15,000 village signs, most of which were removed during the Second World War.

In 1908, the organisation published its first AA Members' Special Handbook containing a list of nationwide agents and repairers.

AA patrols on bicycles warned motorists of police speed traps ahead. In 1910, in a legal test case (Betts vs. Stevens) involving an AA patrolman and a potentially speeding motorist, the Chief Justice, Lord Alverston, ruled that where a patrolman signals to a speeding driver to slow down and thereby avoid a speed trap, then that person would have committed the offence of 'obstructing an officer in the course of his duty' under the Prevention of Crimes Amendment Act 1885.

Subsequently, the organisation developed a coded warning system, used until the 1960s, whereby a patrolman would always salute the driver of a passing car which showed a visible AA Badge unless there was a speed trap nearby, on the understanding that their officers could not be prosecuted for failing to salute. 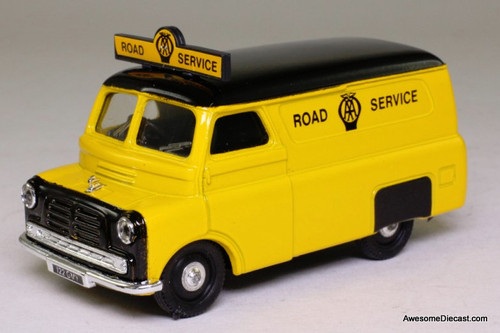