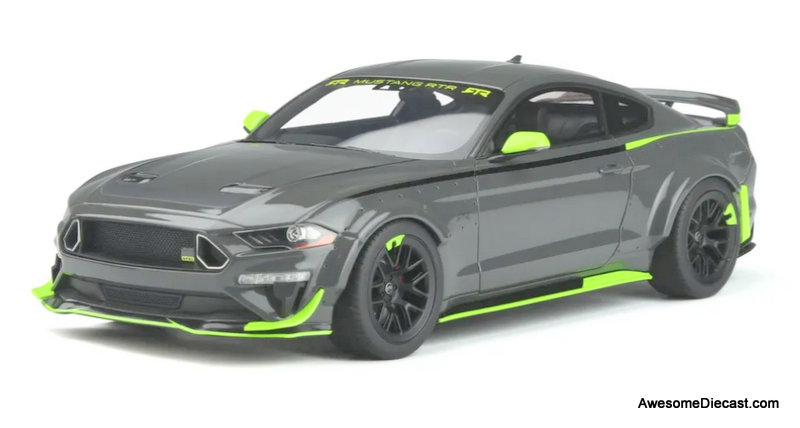 Ford Mustang RTR is a dealer installed OEM+ performance vehicle package for the Ford Mustang. It is a blend of American muscle and European inspired styling available in three Spec packages. All Spec package components have been track-proven and validated by professional Ford test drivers and Formula Drift Champion Vaughn Gittin Jr. Individual RTR parts are also available through dealers and vendors.

The Audi RS 6 is a high-performance variant of the Audi A6 range, produced by the high-performance subsidiary company Audi Sport GmbH, for Audi AG, a division of the Volkswagen Group. The first and...

This model is part of the USA exclusive series Shelby American, founded by the late great Carroll Shelby, has long been providing Ford Mustang and F-150 truck owners with special editions and...

This is a limited edition model of only 408 pieces distributed world wide It comes mounted on a base and comes in an acrylic display case with a numbered plaque The Mercury Montego-based...

The Bugatti Bolide is a track-day-focused sportscar developed and manufactured in Wolfsburg, by French automobile manufacturer Bugatti Automobiles S.A.S., and by Bugatti Engineering GmbH, revealed...