Before the war, it pioneered many air travel routes as it could cross the continental US and made worldwide flights possible, carried passengers in greater comfort, was reliable and easy to maintain. It is considered the first airliner that could profitably carry only passengers. Following the war, the airliner market was flooded with surplus military transport aircraft, and the DC-3 could not be upgraded by Douglas due to cost. It was made obsolete on main routes by more advanced types such as the Douglas DC-6 and Lockheed Constellation, but the design proved adaptable and useful.

Civil DC-3 production ended in 1942 at 607 aircraft. Military versions, including the C-47 Skytrain (the Dakota in British RAF service), and Russian- and Japanese-built versions, brought total production to over 16,000. Many continue to see service in a variety of niche roles: 2,000 DC-3s and military derivatives were estimated to be still flying in 2013.

"DC" stands for "Douglas Commercial". The DC-3 was the culmination of a development effort that began after an inquiry from Transcontinental and Western Airlines (TWA) to Donald Douglas. TWA's rival in transcontinental air service, United Airlines, was starting service with the Boeing 247 and Boeing refused to sell any 247s to other airlines until United's order for 60 aircraft had been filled. TWA asked Douglas to design and build an aircraft that would allow TWA to compete with United. Douglas' design, the 1933 DC-1, was promising, and led to the DC-2 in 1934. The DC-2 was a success, but there was room for improvement.

The DC-3 resulted from a marathon telephone call from American Airlines CEO C. R. Smith to Donald Douglas, when Smith persuaded a reluctant Douglas to design a sleeper aircraft based on the DC-2 to replace American's Curtiss Condor II biplanes. (The DC-2's cabin was 66 inches (1.7 m) wide, too narrow for side-by-side berths.) Douglas agreed to go ahead with development only after Smith informed him of American's intention to purchase twenty aircraft. The new aircraft was engineered by a team led by chief engineer Arthur E. Raymond over the next two years, and the prototype DST (Douglas Sleeper Transport) first flew on December 17, 1935 (the 32nd anniversary of the Wright Brothers' flight at Kitty Hawk). Its cabin was 92 in (2.3 m) wide, and a version with 21 seats instead of the 14–16 sleeping berths of the DST was given the designation DC-3. There was no prototype DC-3; the first DC-3 built followed seven DSTs off the production line and was delivered to American Airlines.

The DC-3 and DST popularized air travel in the United States. Eastbound transcontinental flights could cross the U.S. in about 15 hours with three refueling stops; westbound trips against the wind took ​17 1⁄2 hours. A few years earlier such a trip entailed short hops in slower and shorter-range aircraft during the day, coupled with train travel overnight.

A variety of radial engines were available for the DC-3. Early-production civilian aircraft used either the nine-cylinder Wright R-1820 Cyclone 9 or the fourteen-cylinder Pratt & Whitney R-1830 Twin Wasp, but the Twin Wasp was chosen for most military versions and was also used by most DC-3s converted from military service. Five DC-3S Super DC-3s with Pratt & Whitney R-2000 Twin Wasps were built in the late 1940s, three of which entered airline service.

Trans World Airlines (TWA) was a major American airline that existed from 1930 until 2001. It was formed as Transcontinental & Western Air to operate a route from New York City to Los Angeles via St. Louis, Kansas City, and other stops, with Ford Trimotors. With American, United, and Eastern, it was one of the "Big Four" domestic airlines in the United States formed by the Spoils Conference of 1930.

Howard Hughes acquired control of TWA in 1939, and after World War II led the expansion of the airline to serve Europe, the Middle East, and Asia, making TWA a second unofficial flag carrier of the United States after Pan Am. Hughes gave up control in the 1960s, and the new management of TWA acquired Hilton International and Century 21 in an attempt to diversify the company's business.

As the Airline Deregulation Act of 1978 led to a wave of airline failures, start-ups, and takeovers in the United States, TWA was spun off from its holding company in 1984. Carl Icahn acquired control of TWA and took the company private in a leveraged buyout in 1988. TWA became saddled with debt, sold its London routes, underwent Chapter 11 restructuring in 1992 and 1995, and was further stressed by the explosion of TWA Flight 800 in 1996.

In 2001, TWA filed for a third and final bankruptcy and was acquired by American Airlines. American laid off many former TWA employees in the wake of the September 11, 2001 attacks and closed its St. Louis hub in 2003. 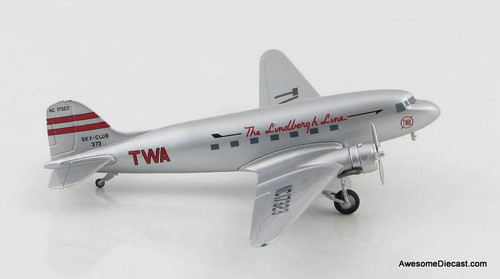