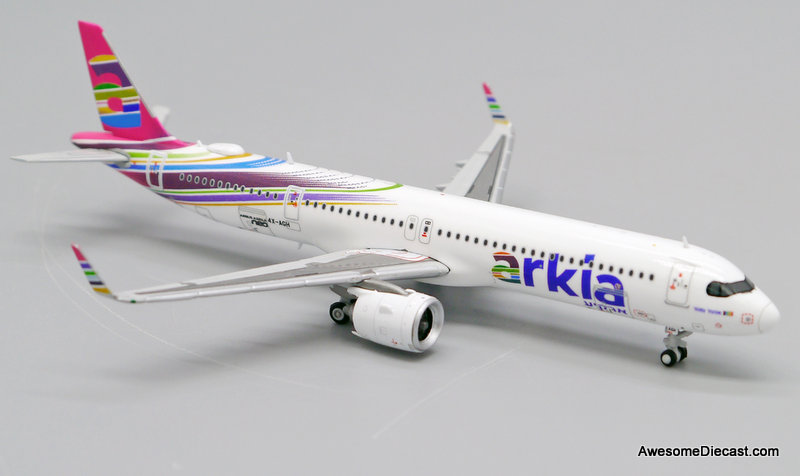 Arkia, legally incorporated as Arkia Israeli Airlines Ltd is an Israeli airline. Its head office is on the grounds of Sde Dov Airport in Tel Aviv, Israel. It is Israel's second-largest airline, operating scheduled domestic and international services, as well as charter flights to destinations in Western Europe and across the Mediterranean. Its main base is Ben Gurion Airport, with hub at Ramon Airport.

In May 2017 Arkia unveiled a new livery, ahead of the delivery of new aircraft, which consists of a lower-case 'a' on the vertical fin, which also features the striping effect and multicoloured stripes on the aft section and the winglets of each aircraft. The colour of the stripes and logo will vary between each aircraft.

The Airbus A321 is a member of the Airbus A320 family of short to medium range, narrow-body, commercial passenger twin engine jet airliners, it carries 185 to 236 passengers. It has a stretched...

The Airbus BelugaXL (A330-743L) is a large transport aircraft based on the Airbus A330-200 Freighter airliner, built by Airbus to replace the original Airbus Beluga in the movement of oversized...