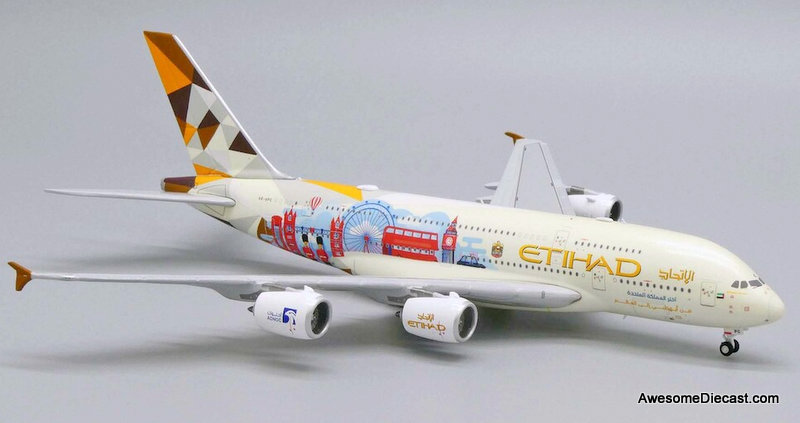 The Airbus A380 is a large wide-body airliner that was developed and produced by Airbus. It is the world's largest passenger airliner and only full-length double-deck jet airliner. Airbus studies started in 1988, and the project was announced in 1990 to challenge the dominance of the Boeing 747 in the long-haul market. The then-designated A3XX project was presented in 1994; Airbus launched the €9.5 billion ($10.7 billion) A380 programme on 19 December 2000. The first prototype was unveiled in Toulouse on 18 January 2005, with its first flight on 27 April 2005. It then obtained its type certificate from the European Aviation Safety Agency (EASA) and the US Federal Aviation Administration (FAA) on 12 December 2006. Due to difficulties with the electrical wiring, the initial production was delayed by two years and the development costs almost doubled.

It was first delivered to Singapore Airlines on 15 October 2007 and entered service on 25 October. Production peaked at 30 per year in 2012 and 2014. However, after the largest customer, Emirates, reduced its last order in February 2019, Airbus announced that A380 production would end in 2021. On 16 December 2021, Emirates received its 123rd A380, which was the 251st and last delivered by Airbus. The $25 billion investment was not recouped.

The full-length double-deck aircraft has a typical seating for 525 passengers, with a maximum certified capacity for 853 passengers. The quadjet is powered by Engine Alliance GP7200 or Rolls-Royce Trent 900 turbofans providing a range of 8,000 nmi (14,800 km). As of December 2021, the global A380 fleet had completed more than 800,000 flights over 7.3 million block hours with no fatalities and no hull losses. As of June 2022, there were 239 aircraft in service with 16 operators worldwide.

The Airbus BelugaXL (A330-743L) is a large transport aircraft based on the Airbus A330-200 Freighter airliner, built by Airbus to replace the original Airbus Beluga in the movement of oversized...

The Airbus A319 is a member of the Airbus A320 family of short- to medium-range, narrow-body, commercial passenger twin-engine jet airliners manufactured by Airbus. The A319 carries 124 to 156...