The Buick Sport Wagon was a mid-size station wagon built by Buick and a corporate sister of the Oldsmobile Vista Cruiser. Featuring a raised roof and skylights over the cargo and second seat area, this model was an extended wheelbase version of the Buick Skylark station wagon. Buick Sport Wagons were built in three generations, spanning 1964–67, 1968–69, and 1970–72. During this time period, this was the only luxury level station wagon offered under the Buick model line. The last generation did not receive the skylights.

A body redesign for 1968 featured sweeping "S-shape" side sculpturing, while the wagon's roof replaced the previously-used split main skylight with a one-piece skylight over the second-row seat, which carried over to 1969. The lengthwise skylights along the cargo area remained the same. 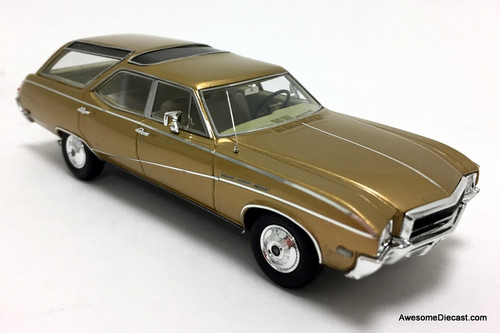