The Morris Eight is a small family car produced by Morris Motors from 1935 to 1948. It was inspired by the sales popularity of the Ford Model Y, styling of which the Eight closely followed. The success of the car enabled Morris to regain its position as Britain's largest motor manufacturer.

The Series E announced in October 1938 brought a major restyle with a "waterfall" dummy grille, headlights in the wings and the running boards had gone. The car was longer, wider and heavier but the wheelbase was actually 1-inch (25 mm) shorter at 7 feet 5 inches (2.26 m). There was now an "inbuilt luggage compartment with external access" with a space available of 'close on 5¼ cubic feet with the door closed'. There was also a parcels tray the full width of the dashboard. The "alligator" bonnet was now rear hinged making engine access poor. The engine was upgraded to the Morris USHM series, getting a new cylinder head, still side-valve however, the unit being very similar to those used in series 1 and 2 cars. Increased power to 29 bhp (22 kW) was now available and the crankshaft was counterbalanced and fitted with shell-type bearings. The gearbox was now four-speed with syncromesh on second, third and top. The Lucas electrics remained at 6 volts, but now with automatic regulation of the dynamo in a two-brush system. Top speed was around 58 mph (93 km/h).

Production continued through the war for the military, essential civilian use and some export. Post-war general production restarted in 1945 but there were no more tourers made in the UK. In Australia, however, a flourishing body-building industry continued to provide tourer versions on imported chassis/mechanicals.

The engine went on to be used, with very minor changes, in the series MM from 1948 till 1953 Morris Minor and was also adapted as an auxiliary power unit in Centurion, Conqueror and Chieftain tanks. Morris also used this engine as the basis of special Marine and Stationary power plants.

A very similarly styled Wolseley Eight was also prepared in the 1930s and offered after 1945. An original 1939 prototype survives, having for many years been owned by Lord Nuffield.

A van version of the Series E, rated at 5 cwt capacity and designated as the Series Z, was produced from 1940 to 1953. While having the external appearance similar to the Series E, mechanically the vans were more akin to the Series II, still having a three-speed gearbox. More than 51,000 examples were built.

A coupé utility variant of the Series Z was produced in Australia, utilising imported chassis and engines with locally built bodies. 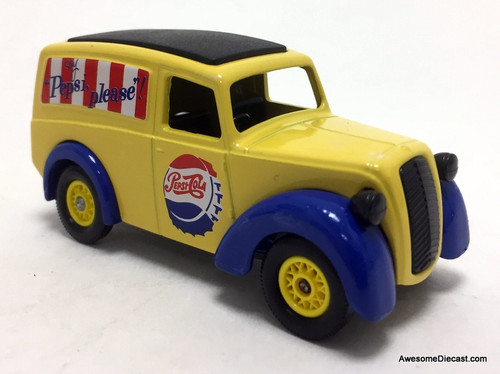