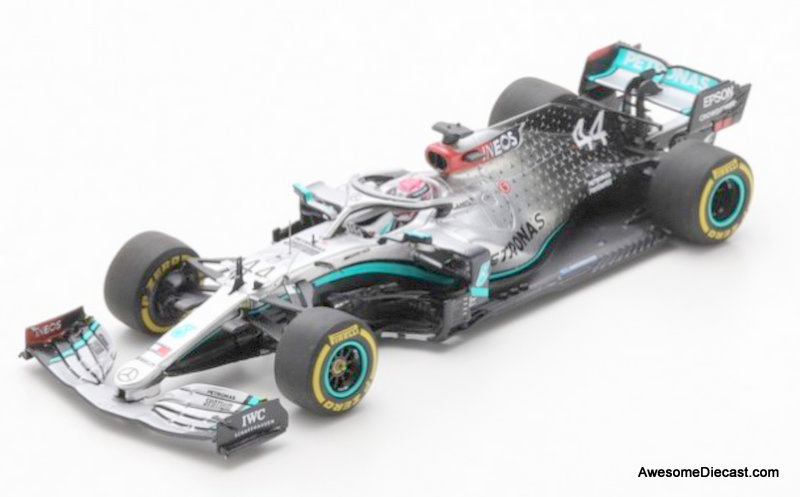 The Mercedes-AMG F1 W11 EQ Performance is a Formula One racing car designed and constructed by the Mercedes-AMG Petronas F1 Team under the direction of James Allison, John Owen, Mike Elliott, Loïc Serra, Ashley Way, Emiliano Giangiulio, Jarrod Murphy and Eric Blandin to compete in the 2020 Formula One World Championship. The car was driven by Lewis Hamilton and Valtteri Bottas, who remained with the team for an eighth and a fourth season, respectively. 2020 Williams Racing driver and Mercedes protégé George Russell also drove for the team at the 2020 Sakhir Grand Prix after Hamilton was forced to miss that event having tested positive for SARS-2-coronavirus. The car was planned to make its competitive debut at the 2020 Australian Grand Prix, but this was delayed when the race was cancelled and at least seven upcoming events on the calendar were postponed in response to the COVID-19 pandemic. The F1 W11 made its competitive debut at the 2020 Austrian Grand Prix. The delay to the start of the season allowed the team to address concerns they had about the car's reliability.

The W11 took thirteen wins (eleven for Hamilton and two for Bottas), fifteen pole positions (ten for Hamilton and five for Bottas), nine fastest laps (six for Hamilton, two for Bottas and one for Russell), twelve front-row lockouts and five 1–2 finishes across 17 races. With it, Mercedes secured a seventh consecutive Formula One World Constructor's Championship, breaking a record for consecutive championships previously held by Ferrari. Due to its setting numerous track records (the outright fastest lap ever) at various Formula One circuits, the W11 is considered to be one of the greatest race cars of all time.