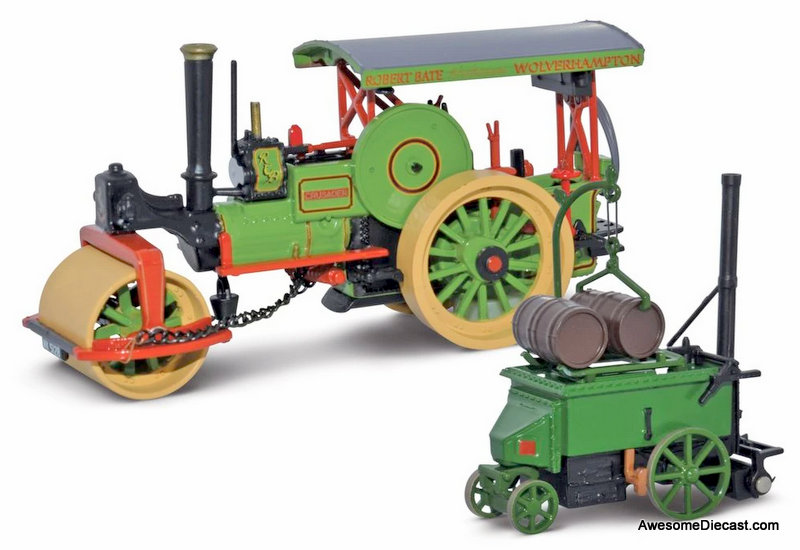 Aveling and Porter was a British agricultural engine and steamroller (road roller) manufacturer. Thomas Aveling and Richard Thomas Porter entered into partnership in 1862, and developed a steam engine three years later in 1865. By the early 1900s, the company had become the largest manufacturer of steamrollers (road rollers) in the world.

The company also built a few pairs of ploughing engines. A pair of which (unique in the UK) survive in the collection at the Thursford Steam Museum at Thursford, Norfolk. The Thursford Collection includes 27 Aveling & Porter steam tractors and rollers and 16 more by other manufacturers.

Another example of Aveling and Porters engineering skills can be seen in the massive covered slips at Chatham Dockyard. These Leviathans pre-date the great London train sheds of St. Pancras, King's Cross and Paddington—traditionally understood to be the oldest and largest metal framed structures of the time

Iconic Replicas Limited edition of 500 Transit Bus Floaty Pen Tilt it backwards and forwards and watch the bus move up and down the road. Fixed shipping is within the United States