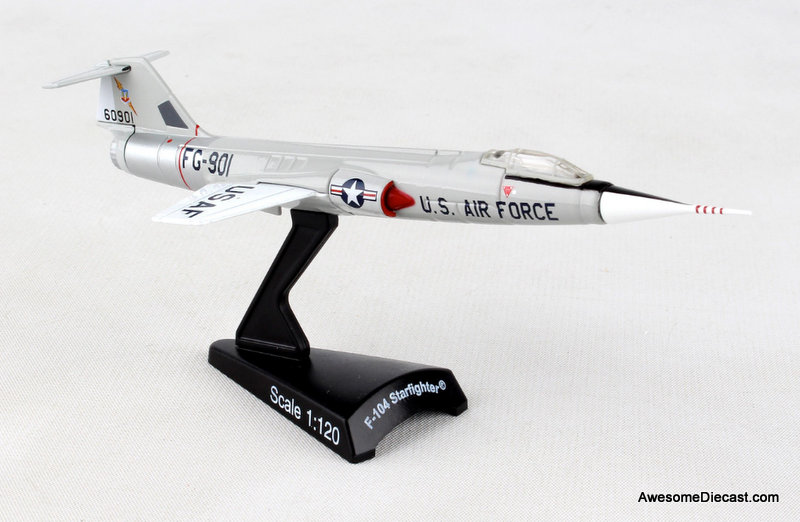 The Lockheed F-104 Starfighter is a single-engine, supersonic high-altitude fighter aircraft. It was originally developed for the US Air Force, but later was operated by the armed forces of more than a dozen nations from 1958 to 2004. The F-104 was designed with a unique set of extremely thin trapezoidal wings and was the first combat aircraft capable of sustained Mach 2 flight. It set numerous world records, including both airspeed and altitude records, and was the first aircraft to have held both records simultaneously.
Aircraft 56-901 served with the U.S. Air Force during the height of the Cold War in the 1960s. This aircraft set the altitude and speed record for an operational F-104C reaching 92,000 feet at a speed of 2.5 Mach while stationed in Hahn Germany with the 479th Tactical Fighter Wing in 1962.
Aircraft 56-901 is currently on display at the New England Air Museum in Windsor Locks, CT.

Lockheed L-1049 Super Constellation, aka "Super Connie", is a propeller-driven, four-engine commercial aircraft produced by Lockheed Corporation. It has the iconic triple-tail design and the...

The Spy Who Loved Me is a 1977 spy film, the tenth in the James Bond series produced by Eon Productions. It is the third to star Roger Moore as the fictional secret agent James Bond. The film...