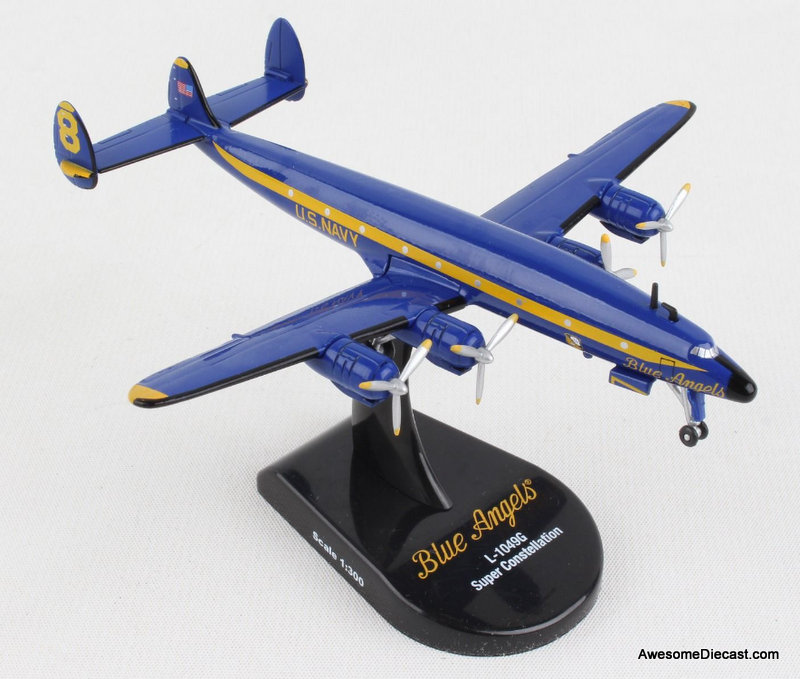 Lockheed L-1049 Super Constellation, aka "Super Connie", is a propeller-driven, four-engine commercial aircraft produced by Lockheed Corporation. It has the iconic triple-tail design and the distinctive dolphin shaped fuselage of all aircraft in the Constellation line. A military transport version is the C-121, used by the US Air Force and US Navy for various purposes.
The Blue Angels are the US Navy's Flight Demonstration Squadron whose mission is to exhibit pride and professionalism through flight demonstrations. Established in 1946, the "Blues" used the Connie as their transport unit from 1969 until it was replaced by the C-130 in 1971.

This rare diorama comes in an acrylic display case with a certificate of authenticity, number 3170 of 5000 pieces The set comprises of Boeing B-29A-60-BN Superfortress FIFI P-51 Mustang P-47...

This rare hard to find model was manufactured in 2003 It is part of a collection from an estate sale Initially designated HSS-2, the Sikorsky SH-3 Sea King was designed as an anti-submarine...