Few changes occurred this year, except that traction control now was available with the supercharged engine. Airbags were "depowered" to deploy with reduced force. The tire-pressure monitor was dropped. Also on models equipped with 3.8L N/A powerplants (VIN K), the 4T65E 4 speed automatic transmission was used in favor of the 4T60E previously used. To add some excitement, Pontiac also launched a special pace car model. This model celebrated the 40th running of the Daytona 500 on February 15, 1998. The pace-car replicas had special Medium Gulf Blue Metallic paint, unique "Sparkle Silver" 16-inch torque star aluminum wheels, custom decaling, a plaque notating the specific model number and custom door panels. Also standard was a heads-up-display that projected the speed onto the windshield. 1,500 were produced, with 200 of the 1,500 getting sunroofs.

Anthony Wayne Stewart (born May 20, 1971), nicknamed Smoke, is an American former professional stock car racing driver and current NASCAR team owner. He is a three-time Monster Energy NASCAR Cup Series champion as a driver, winning titles in 2002, 2005 and 2011. As a team owner, he has won Monster Energy Cup titles in 2011 with himself and in 2014 with Kevin Harvick as drivers. Throughout his racing career, Stewart has won racing titles in Indy, midget, sprint, and USAC Silver Crown cars. He is the only driver in history to win a championship in both IndyCar and NASCAR.

He last competed full-time in the NASCAR Sprint Cup Series (now known as the Monster Energy NASCAR Cup Series) during the 2016 season, driving the No. 14 Chevrolet SS for his own team, Stewart-Haas Racing, under crew chief Mike Bugarewicz. From 1999 to 2008, he drove the No. 20 Joe Gibbs Racing car, under crew chief Greg Zipadelli with The Home Depot as the primary sponsor. While driving for car owner Joe Gibbs, Stewart won two Cup Series championships in 2002 and 2005. In 2011, Stewart became the first owner-driver since Alan Kulwicki to win the Cup Series championship, which ended Jimmie Johnson's streak of consecutive championships at five. Stewart is the only driver to win the Cup Series championship under the old points system and the chase playoff format, and is the only driver to win the title under three different sponsorships (Winston in 2002, Nextel in 2005, and Sprint in 2011). He is also the first driver in the Cup Series to win the championship by virtue of a tie breaker (number of wins during the season is the first level tie breaker; Stewart had five while eventual runner-up Carl Edwards had one.) On May 22, 2019, Stewart was inducted into the NASCAR Hall Of Fame. 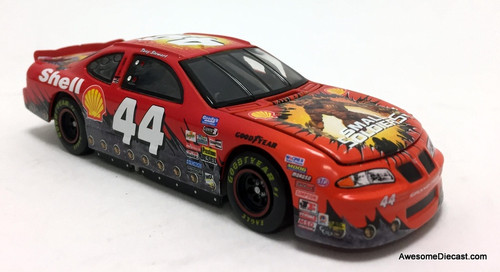