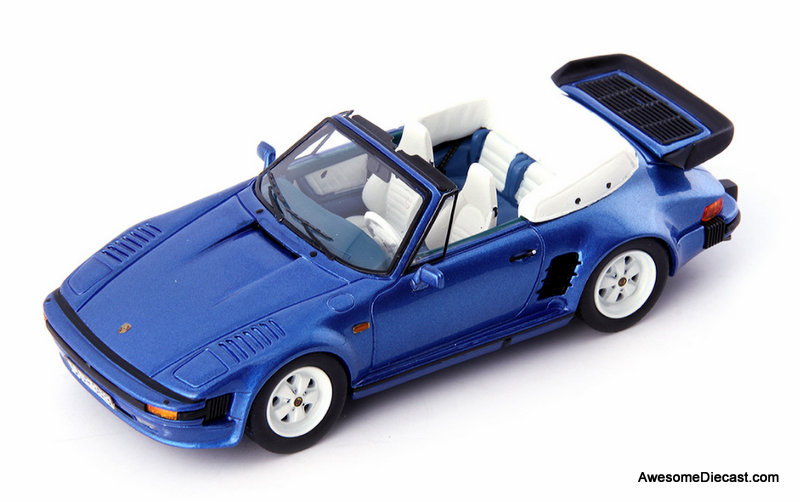 The Porsche 930 is a sports car manufactured by German automobile manufacturer Porsche between 1975 and 1989, known to the public as the 911 Turbo. It was the maker's top-of-the-range 911 model for its entire production duration and, at the time of its introduction, was the fastest production car available in Germany

Kremer Racing had originally begun offering conversion kits for 930 Turbo models which included front bodywork like the famous 935 race car in 1981. In 1982, TAG Heuer co-owner Mansour Ojjeh commissioned Porsche to develop a road-legal version of the 935 race car. The final product was developed using a body shell of the 930 and fitting fabricated 935 body panels to it. The one-off also had the suspension and brakes shared with the 935 race car. Other special features of the car included special paintwork called Brilliant Red by the manufacturer, BBS wheels and the use of the 3.3-litre turbocharged flat-6 engine of the 934 race car. The car proved very popular among enthusiasts and prospective buyers began to demand a similar car as a factory offering. Porsche offered a "Flachbau" ("flatnose" or "slantnose") 930 under the "Sonderwunschprogramm" (special order program) from 1986 model year, an otherwise normal 930 with a 935-style slantnose instead of the normal 911 front end with the replacement of the famous "bug eye" headlamps with pop-up units.

Each Flachbau unit was handcrafted by remodeling the front fenders (option code M505 for the US and M506 elsewhere). A limited number of units were produced due to the fact that the package commanded a high premium price, an initial premium of up to 60 per cent (highly individualised cars requiring even more) over the standard price. 948 units were built in total with 160 of them being imported to the US. The Flachbau units delivered in Europe usually featured the 330 PS (243 kW; 325 hp) WLS performance kit. The flat nose greatly contributed to the aerodynamics of the car and enabled it to accelerate from 0–97 km/h in 4.85 seconds and attain a top speed of 278 km/h (173 mph) (figures with the performance kit).

Diecast metal with plastic parts   The Porsche 356 is a sports car which was first produced by Austrian company Porsche Konstruktionen GesmbH (1948–1949), and then by German company Dr. Ing. h...

Diecast metal with plastic parts   The Porsche 356 is a sports car which was first produced by Austrian company Porsche Konstruktionen GesmbH (1948–1949), and then by German company Dr. Ing. h...

This is a limited edition model with only 333 pieces made world wide According to his own ideas. The automotive love of the retired investment manager belonged primarily to the European sports cars...

All diecast metal Limited edition of 504

The Porsche 356 is a sports car which was first produced by Austrian company Porsche Konstruktionen GesmbH (1948–1949), and then by German company Dr. Ing. h. c. F. Porsche GmbH...

The Alpine A110 is a sports car produced by French automobile manufacturer Alpine from 1963 to 1977. The car was styled as a "berlinette", which in the post-WWII era refers to a small enclosed...