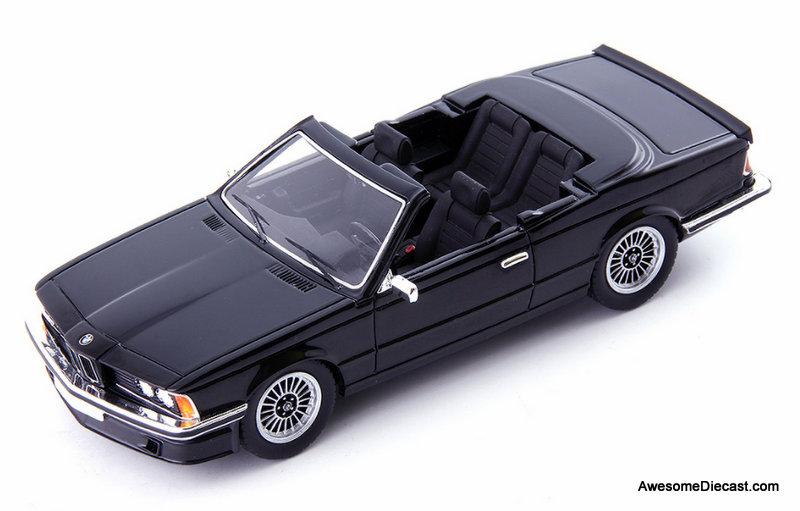 The BMW E24 is the first generation of BMW 6 Series range of grand tourer cars, which was produced from January 1976 to 1989 and replaced the BMW E9 coupé.

The E24 was produced solely in a 2-door coupé body style. All models used petrol straight-six engines, with the majority (aside from the M635CSi/M6 model) using a version of the BMW M30 engine family. The E24 was initially based on the E12 5 Series platform, until it switched to the newly-released E28 5 Series platform in 1982. Considered the finest example of contemporary BMW styling, good original E24s, particularly early Karmann built examples are now quite rare and have become highly collectable, along with the later M6 and Alpina variations.

The M635CSi is the first of the BMW M6 model line and is powered by the M88/3 straight-six engine. In North America, the vehicle is badged as "M6" and uses the less powerful BMW S38 engine.

In 1988, the engine was upgraded to the M30B35. This engine has a capacity of 3.4 Litres (despite the model code and the "3.5" inscribed on the intake manifold) and produces 155 kW (208 hp) and 305 N⋅m (225 lbf⋅ft) torque. This upgraded engine resulted in catalytic converter equipped United States models offering similar performance to European models. Self-leveling rear suspension was added to the 635CSi and M6 features list.

Oldsmobile first used the Cutlass name on an experimental sports coupe designed in 1954. It rode a 110 in (2,800 mm) wheelbase, and featured a dramatic boat-tailed fastback roofline and stock V8. Its...

This is a limited edition model made of resin, it comes in an acrylic display case The Dodge Flite-Wing was a concept car built by Dodge in 1961. he Flite-Wing was unveiled in New York's Central...

This is a limited edition model made of resin, it comes in an acrylic display case The Pegaso Z-103 was a Spanish sports car produced by Pegaso from 1955 to 1958. The Z-103 was the second, and last,...

Industrial designer Brooks Stevens (1911-1995) might be best remembered today for the clever, low-cost product makeovers he performed for the independent automakers, including the Willys Jeepster and...